On May 3, 2020, about 1315 eastern daylight time, an Airbus Helicopters AS350 B3 helicopter, N1WT, made an emergency landing at Airglades Airport (2IS) in Clewiston, Florida. The pilot reported an inflight hydraulics anomaly, declared an emergency, and landed at Airglades Airport. The pilot reported no injuries and the helicopter was not substantially damaged. A postlanding inspection of the helicopter found the hydraulic pump belt had failed and the
hydraulic pump was seized. The flight was conducted under 14 Code of Federal Regulations Part 91 that began at Fort Lauderdale Executive Airport (FXE), landed at Palm Beach County Park Airport (LNA), and departed LNA for 2IS.

According to a written statement to the Federal Aviation Administration, the pilot reported that upon entering the left downwind for runway 13 at 2IS, the pedals felt “rock hard” and the “HYD2” and “SERVO” caution lights illuminated on the caution and warning panel. The pilot reported light smoke in the cockpit along with an odor of something burnt, and opened the window to clear the smoke and odor. The pilot executed a shallow approach to a run on landing at 2IS. 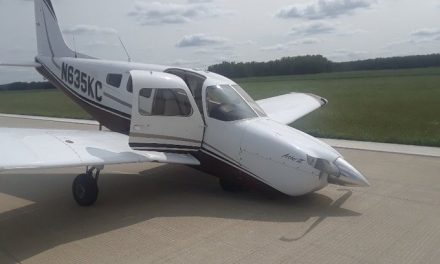