On November 3, 2021, about 1130 Pacific daylight time, an Ayers Corporation S-2R Thrush airplane, N8960Q, was destroyed when it was involved in an accident near Shafter, California. The pilot was fatally injured. The airplane was operated by Inland Aviation, Inc., as a Title 14 Code of Federal Regulations Part 91 repositioning flight.

According to the operator, the purpose of the flight to New Cuyama (L88), California, was to load the accident airplane with dry seed to disperse at a farm near L88. The pilot attempted to depart Shafter Airport-Minter Field (KMIT) Shafter, California, earlier in the morning but had canceled the flight due to the overcast conditions at KMIT. The pilot departed on the accident flight about 1120.

MIT was situated at an elevation of 424 ft above mean sea level. It was equipped with three paved runways. The runway used, designated 8/26, which measured 3,680 ft by 60 ft. KMIT was not equipped with an air traffic control tower. 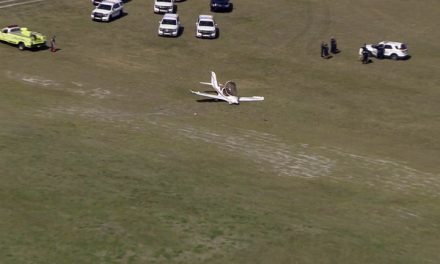