On July 4, 2020, about 2200 central daylight time, a Beech BE35 airplane, N4219B, was substantially damaged when it was involved in an accident in Ravenna, Texas. The pilot sustained minor injuries and pilot-rated passenger was not injured. The airplane was operated as a Title 14 Code of Federal Regulations (CFR) Part 91 personal flight. The flight originated at Stan Stamper Municipal Airport (HHW), Hugo, Oklahoma, at 1915.

According to the pilot, the run-up and departure were normal with no anomalies with the airplane in the beginning of the flight. Shortly after reaching cruising altitude and engaging the autopilot, the pilot instructed the passenger to plug in the “Icebox cooler” they had brought along for in-flight air conditioning. He explained they had used the cooler on the flight to Oklahoma from its built-in battery, but the battery was now low, so it would require 12 volts from the aircraft’s system to operate. When the 12-volt plug was inserted into the aircraft’s 12-volt outlet, he heard a loud pop from what sounded like it came from under the engine cowling. He stated it sounded like “a firecracker.”

The autopilot disengaged causing the airplane to pitch up. The pilot instructed the passenger to push the nose down to avoid a stall while he completed the “Electrical System Failure” checklist. He noted no breakers were popped. As the nose was lowered, the pilot reached under the dash to manually re-trim the pitch wheel to a more nose-down position. As the airplane regained airspeed, he noticed a drop in RPM. He increased the throttle, changed to the  left main tank, and selected each magneto on and off with no change noted.

The pilot used the GPS to find the nearest field, which was a private grass airstrip of 3000 ft located about 4.5 miles away. The pilot waited until they were closer to the field to begin the manual extension of the landing gear. With the landing gear down and locked, he entered the traffic pattern for a right downwind to the north runway. As he approached the runway, he noticed a stack of about 10 large round hay bales stacked 8ft tall on the edge of the runway. The pilot felt that trying to pull up over the bales would induce a stall, so he turned to the right just as the airplane touched down. About 100 ft after the airplane touched down, the left wing impacted the stack of hay bales, causing the airplane to spin to its left and come to a sudden stop. The airplane sustained substantial damage to the left wing. 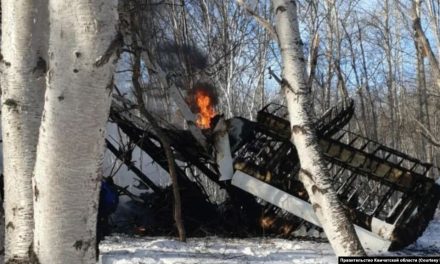