Airplane Passed The Final Approach Fix At 550 Ft, Which Was 750 Ft Below The Minimum Descent Altitude

On October 5, 2022, about 1356 eastern daylight time, a Beech A36, N902AT, was destroyed when it was involved in an accident near Arundel, Maine. The private pilot and passenger were fatally injured. The airplane was operated as a Title 14 Code of Federal Regulations Part 91 business flight. According to a family member and officer of the pilot’s construction company, the pilot and passenger were returning from a business trip to Presque Isle, Maine. Preliminary Automatic Dependent
Surveillance – Broadcast (ADS-B) data revealed that the airplane departed Presque Isle International Airport (PQI) about 1220 for Biddeford Municipal Airport (B19), Biddeford, Maine, on an instrument flight rules (IFR) flight plan.

Weather radar imagery superimposed over the airplane’s flight track indicated that the airplane was flying toward an area of light intensity echoes associated with light rain to drizzle and instrument meteorological conditions as it approached the area of the destination airport. An AIRMET for these conditions and low-level turbulence was valid for the accident time. Preliminary air traffic control communication information revealed that, at 1340:03, the controller instructed the pilot to descend and maintain 3,000 ft. The pilot confirmed to the controller that he had obtained the most recent weather information and requested the RNAV (GPS) RWY 6 instrument approach procedure at B19.

At 1340:56, the controller advised the pilot to fly heading, “two five zero… vectors to final” which the pilot acknowledged. The airplane’s ground track approximated a left downwind leg for the runway 6 traffic pattern at B19. The pilot was subsequently vectored through a 90° left turn, and at 1349:29, the controller advised the pilot, “Two miles from DEXXY [the initial approach fix], turn left to 090°, maintain 2,300 (ft) until established on the final approach course, cleared RNAV 6 approach Biddeford.” The airplane’s ground speed was about 125 knots (kts) at that time.

At 1351:32, the controller issued a radio frequency change and offered options for the pilot to cancel his IFR flight plan in the air or on the ground. The pilot accepted a telephone number to call after landing and advised the controller that he was changing to the B19 common traffic advisory frequency at 1352:01. At that time, the airplane’s ground speed was 110 kts.

The airplane passed the final approach fix at 550 ft, which was 750 ft below the minimum descent altitude for that segment of the approach and had slowed to 58 kts ground speed. The airplane continued to descend over the next .75 miles at a ground speed about 60 kts before the data ended in the vicinity of the accident site.

A third witness located below the airplane’s flight path described the sound of the engine as “low, loud, and steady. It sounded [as] usual, just lower and louder.” He said he ran to look out his bay window in the direction of travel but could not see the airplane because “the clouds were too low. Visibility was not good.”

The pilot held a private pilot certificate with ratings for airplane single-engine land and instrument airplane. His Federal Aviation Administration (FAA) third-class medical certificate was issued August 2, 2021. Preliminary examination of the pilot’s most recent logbook revealed that he had accrued 2,514 total hours of flight experience, of which 977 hours were in the accident airplane make and model. According to FAA and maintenance records, the airplane was manufactured in 1991 and was powered by a Continental IO-550-B, 300-horsepower engine. The airplane’s most recent annual inspection was completed November 1, 2021, at 3,953.2 total aircraft hours. Local emergency services personnel located the airplane’s fuselage in hilly, wooded terrain about 1 hour after the accident, and the wreckage was examined at the accident site the following day. The initial impact point was in a tree about 40 ft above the ground. The wreckage path was oriented 050° and was about 150 ft in length; all major components of the airplane were accounted for at the scene. The fuselage came to rest upright with the engine and propeller still attached. The propeller blades displayed similar twisting, bending, and chordwise scratching.

The cockpit, cabin area, and nearly all the empennage, were consumed by a postcrash fire. The tail section remained largely intact. The wings displayed impact damage consistent with collision with trees and terrain. Flight control cable continuity was confirmed from the cockpit to the flight control surfaces through several breaks consistent with impact and thermal damage.

The engine was separated from the airframe. The propeller was rotated by hand and continuity was established through the powertrain to the valvetrain and the accessory section. Compression was attained using the thumb method. The magnetos were secure in their mounts and produced spark at all terminal leads when the crankshaft was rotated. The engine was retained for further examination. 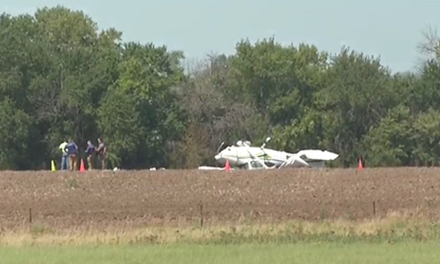 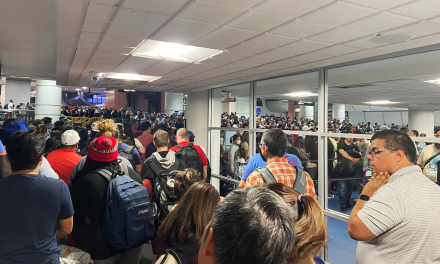