On October 31, 2021, about 1334 mountain daylight time (MDT), a Beech P35 Bonanza airplane, N8625M, was substantially damaged with it was involved in an accident near Harrison, Nebraska. The pilot, passenger, and a dog were fatally injured. The airplane was operated as a Title 14 Code of Federal Regulations Part 91 personal flight.

The airplane departed Marion, Ohio (MNN), about 0800 EDT and stopped for fuel at Marshalltown, IA (MIW). The airplane departed about 1104 central daylight time (CDT) and was en route to Douglas, WY (DGW), with a cruise altitude from 4,400 ft to 5,300 ft msl. A witness reported that while flying his airplane 15 miles south of Valentine, Nebraska, about 1315 to 1330 CDT, he observed a white V-tail Bonanza with red stripes. He stated that the
airplane was headed west and passed above him about 5,000 ft msl. He was aware of two active AIRMETs for icing conditions to the west and southwest of his location, and he tried to radio the Bonanza pilot to warn him of the icing conditions, but he did not receive a response. At 6,500 ft msl, the outside air temperature was 28° F where he had previously encountered trace to light icing before he had descended to 4,500 ft msl where the temperature was 38° F.

A witness, who was located southeast of Crawford, Nebraska, and 10 miles south of the accident airplane’s flight path, stated that he heard a low flying airplane between 1330 and 1400 MDT. The weather conditions included an overcast cloud layer about 200 ft above ground level (agl), one mile of visibility, and “heavy freezing drizzle with ice particles.”

The accident site was defined by an initial impact crater and a debris field about 700 ft long. The initial impact elevation was 5,160 ft msl and the airplane came to rest at 5,140 ft msl. The pilot had filed an instrument flight rules (IFR) flight plan for the first leg from MNN to MIW and was in contact with air traffic control (ATC). There was not a flight plan filed for the second leg from MIW to DGW. After departure from MIW there was no indication that the pilot was in contact with ATC and the airplane’s transponder code was set to 1200, a standard code for visual flight rules (VFR).

Preliminary meteorological information showed that near the accident site, the freezing level was at the surface, there was a broken cloud ceiling about 600 ft agl, with an overcast ceiling at 800 ft and cloud tops near 11,000 ft msl. There was potential for light-to-moderate clear icing below 5,500 ft msl, and light rime ice from 5,700 through 10,000 ft msl. The National Weather Service Aviation Weather Center (NWS AWC) issued AIRMETs Sierra for IFR and mountain obscuration conditions immediately south and west of the accident site, and an AIRMET Zulu for icing conditions over the accident site. The AWC surface forecast expected an area of snow showers and mixed precipitation over western Nebraska with a Graphical-AIRMET for mountain obscuration over western Nebraska, Wyoming, and northeast Colorado. The cloud forecast expected overcast clouds with bases at 5,000 ft msl with tops to 16,000 ft. A Graphical-AIRMET for icing conditions was also depicted over the region. The airplane has been retained for further examination. 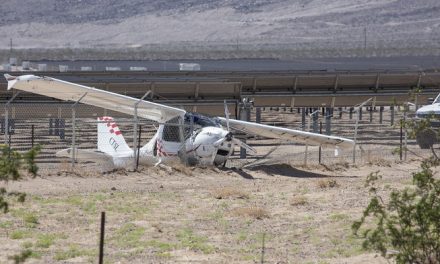 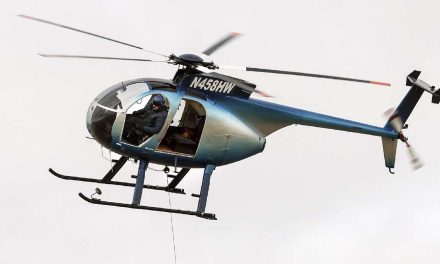