Shortly After Takeoff, The Pilot Reported He Was Unable To Maintain Main Rotor RPM

The helicopter, which has a normal and a restricted airworthiness certificate, had completed 14 CFR Part 137 aerial application work during the day. The two passengers onboard were loaders employed by the operator. The helicopter was returning to the operator’s facility at the Mount Vernon Airport (MVN), Mount Vernon, Illinois. The helicopter stopped at the Greenville Airport (GRE), Greenville, Illinois, to receive fuel. After being fueled, the helicopter departed for MVN. Shortly after takeoff, the pilot reported he was unable to maintain main rotor rpm.

The pilot initiated a 180° autorotation to land back to the airport. The helicopter landed hard on a grass area near a hangar, the right side skid collapsed, the tail boom separated, and the helicopter came to rest upright. The three occupants were able to egress from the helicopter without further incident.

At the time of the accident, the chemical hopper was empty. The fuel system was damaged from the accident sequence and a large fuel leak occurred on the grass. The helicopter sustained substantial damage to the fuselage, the tail boom, and the tail rotor system. The wreckage was recovered from the accident for a future examination. 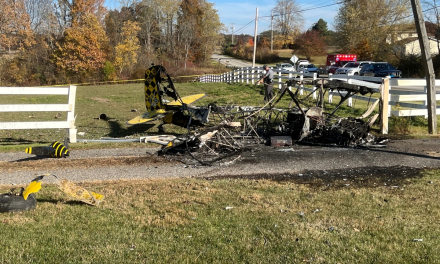 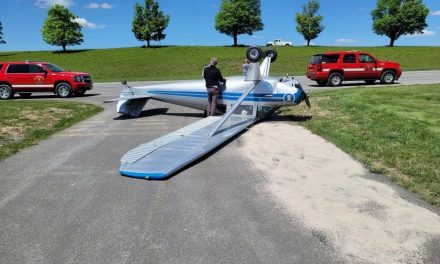