On June 1, 2022, about 2015 central daylight time, a Cameron Z-90 balloon, N65009, was substantially damaged when it was involved in an accident near Burlington, WI. The pilot and 2 passengers were seriously injured. The balloon was operated as a Title 14 Code of Federal Regulations Part 91 business flight.

A witness who was at the nearby dog park reported that the balloon came over the tree line south of the dog park about 50 ft above the trees. The balloon descended as if it were going to land in the park but continued over the adjacent street toward the railroad tracks, which at the time had a train traveling northbound. The balloon landed in the grassy area between the railroad tracks and the street, and the balloon envelope became limp. The balloon then caught on one of the train cars which pulled the balloon off the ground. The envelope tore away from the basket and the three individuals in the basket fell out.

The balloon basket was intact and found inverted near the railroad tracks. Both propane tanks were intact and remained secured in the basket. One fuel line was separated from one tank. The fuel line to the second tank was separated near the burner attachment end. The envelope came to rest on the street, about 500 ft north of the basket. The envelope load tapes and basket cable carabiners that attach the basket and burners to the envelope were substantially damaged.

The balloon was retained for further examination. 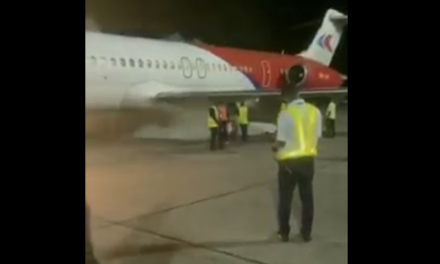 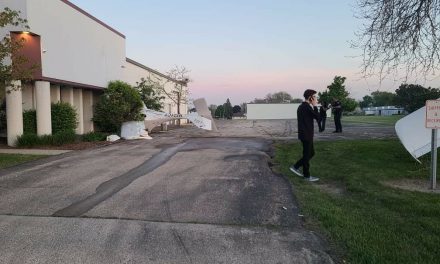