Unable To Reach The Nearest Airport, A Field Was Selected For A Forced Landing

On November 13, 2022, about 0950 central standard time, a Cessna 152 airplane, N222UM, sustained substantial damage when it was involved in an accident near Manchester, Michigan.

The flight instructor and student pilot were uninjured. The flight was being operated as a 14 Code of Federal Regulations Part 91 instructional flight. The flight instructor stated that while in cruise flight with the engine rpm about 2,400 he “felt the power drop.” He then noticed the rpm decrease to about 1,300. He stated that he assumed control of the airplane, turned on carburetor heat and utilized the checklist in an attempt to restore power, to no avail. At one point, while varying throttle and mixture settings, the rpm appeared to rise to about 1,500 for about 10 seconds before returning to 1,300. The instructor then notified air traffic control and attempted to divert to the nearest airport. Unable to reach the nearest airport, a field was selected for a forced landing. During the landing, the nose wheel dug into the soft soil and the airplane nosed over, which resulted in substantial damage to the vertical stabilizer and rudder.

The student pilot stated that after the engine rpm reduced to 1,300, the flight instructor applied carburetor heat and the engine rpm decreased and then “came back up,” but only for a short time. Both pilots stated that the night before the flight, the fuel tanks had been filled and the airplane placed in a hangar. Before the flight, they conducted a preflight inspection, which included sumping the fuel tanks, with no anomalies noted. After engine start and taxi, a run-up was accomplished with no anomalies noted.

During a postaccident examination, control continuity was established from the cockpit to all flight and engine controls. Fuel was sumped from the left and right fuel tanks with no contaminants present. The carburetor venturi was inspected with no anomalies noted. The spark plugs were removed and found to be unremarkable. Following removal of the top spark plugs, thumb compression was noted on all cylinders when the propeller was rotated by hand.

The magnetos were tested on the airframe and sparking was observed on all leads in firing order. 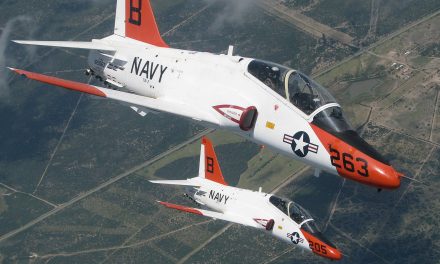