The Airplane Appeared To Pitch Down And Descend, And Its Nose Struck The Ground

On October 28, 2021, about 1311, a Cessna 172M, N1870V, was substantially damaged when it was involved in an accident in Ukiah, California. The student pilot, who was the sole occupant, was fatally injured. The airplane was operated as a Title 14 Code of Federal Regulations Part 91 instructional flight.

The pilot was flying his second solo cross-country flight and had planned for a full stop landing at Ukiah Municipal Airport. According to preliminary FAA ADS-B data, the airplane departed Napa County Airport at 1219, and flew a direct course to Ukiah, arriving in the traffic pattern at 1308.

About 1310, witnesses located on the west side of the airport observed a white high-wing airplane touch down on Runway 15, and then apply engine power as if performing a touch-and go. They watched the airplane climb, and a security camera located about midfield on the same side of the runway, captured the airplane during that initial climb phase. The video revealed that the airplane leveled off after climbing to about 50 ft above ground level, while still tracking over the runway. After reaching midfield, the airplane appeared to pitch down and descend, and its nose struck the ground. The nosewheel separated, and the airplane continued to travel along the runway, until it passed out of the cameras field of view behind a building.

The airplane came to rest inverted on a grass verge adjacent to a diagonal taxiway on the right side of the runway. The airframe sustained minimal damage, limited to the vertical stabilizer, rudder, leading edge tip of the left wing, and the windshield, which had shattered. The propeller exhibited evidence of runway contact including tip curl and multi-directional gouges and scratches.

Examination of the runway surface revealed a tire skid mark, and a fresh gouge on the centerline, about two thirds of the way down the 4,423-ft-long runway. The gouge matched the shape of the nose wheel rim which had separated along with its fork and was recovered 350 ft downrange. From the initial impact point, a scrape mark, along with 20 slash-shaped gouges that appeared to match the propeller blade tips, continued 700 ft, progressively moving to the right of the runway centerline, and ending at the main wreckage. 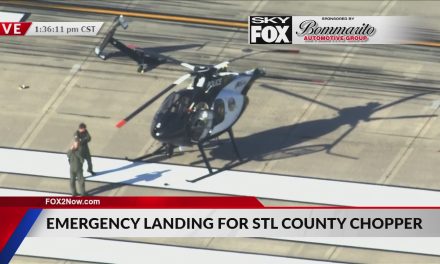 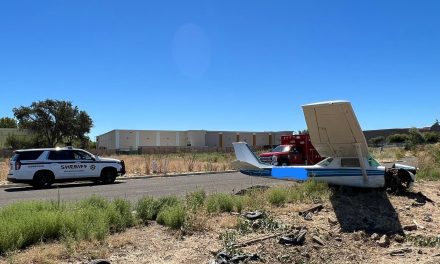