On January 8, 2022, about 1530 eastern standard time, a Cessna 172G airplane, N3964L, was substantially damaged when it was involved in an accident near Youngstown, Ohio. The private pilot and two passengers sustained no injury. The airplane was operated as a Title 14 Code of Federal Regulations Part 91 personal flight.

The pilot reported the purpose of the flight was to verify the proper operation of a newly installed automatic dependent surveillance-broadcast system in the airplane. After the confirmation of accuracy, the pilot maneuvered the airplane and entered the downwind leg of the traffic pattern. At the midfield point, the pilot added 10° flaps and applied full carburetor heat. The engine then “stumbled and quit.” The pilot attempted to restart the engine to no avail.

The pilot increased the flaps to 40° and he executed a teardrop-style left turn to the runway. He reported he was below the tree line but was still too high to make a touchdown. The airplane “floated long” and landed on airport property beyond the runway into trees, at stall speed. The airplane came to rest approximately at a 90° angle in the trees, with the left wing pointing down toward the ground and the right wing toward the sky. The three occupants were able to egress from the airplane without further incident. 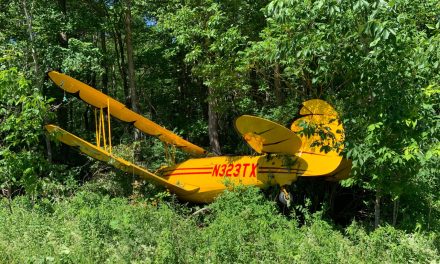 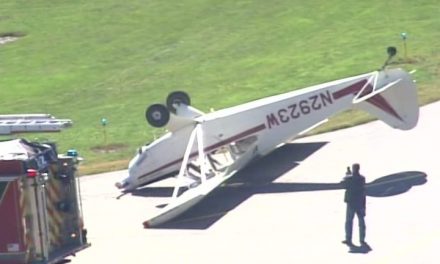