With The Airplane About 100 FT Above Ground Level, The Engine Began To Sputter

On March 23, 2021, about 0900 Pacific daylight time, a Cessna 172S airplane, N216Z, sustained substantial damage when it was involved in an accident at near Everett, Washington.

The pilot sustained minor injuries. The airplane was operated as a Title 14 Code of Federal Regulations Part 91 personal flight.

The pilot stated that he departed Paine Field (PAE), Everett, Washington with the intended destination of Yakima, Washington. He arrived at the airport early in the morning and determined that the fuel tanks were about three-quarter full on each wing (looking at the fuel gauges). He then attempted to top off both tanks at the self-serve fuel station but determined that the tanks were nearly full.

During takeoff roll, the airplane accelerated to about 55 knots at which point he rotated and began the initial climb. Several seconds later, with the airplane about 100 ft above ground level, the engine began to sputter. The pilot transmitted to the control tower that he was experiencing an engine failure and made a left turn in an attempt to land on the smaller parallel runway to the east. At that time, the engine experienced a total loss of power and he was unable to maintain altitude.

During the emergency landing, the airplane collided with the trees and came to rest about 500 feet east of the threshold for runway 34L with the nose pointing in the opposite direction of travel. 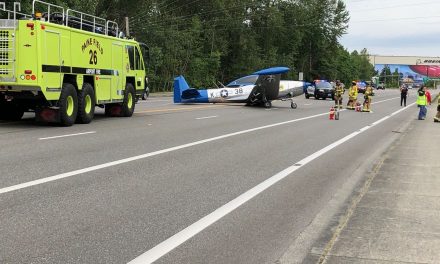 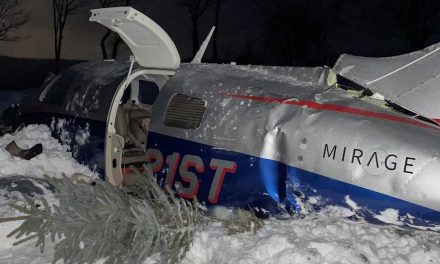