On September 3, 2021, about 1200 mountain daylight time, a Cessna 182D airplane, N9114W, sustained substantial damage when it was involved in an accident near Delta, Colorado. The pilot sustained no injuries. The airplane was operated as a Title 14 Code of Federal Regulations Part 91 skydiving flight.

The airplane was operating as part of a commercial skydiving operation, Ultimate Skydiving Adventures, LLC, based at the Blake Field Airport (AJZ), Delta, Colorado. The pilot had just completed the 8th skydiving flight of the day, the skydivers onboard had already egressed from the airplane, and the pilot was returning to land at AJZ. About 8,000 ft msl, the engine stopped producing power. The pilot attempted to troubleshoot the total loss of engine power with no change. The pilot decided she would be unable to make it back to AJZ due to the loss of engine power. She located a flat, open hay field, and performed a forced landing. During the landing roll on the soft, wet mud, the airplane nosed over, and came to rest inverted. The pilot was able to egress from the airplane without further incident.

The airplane sustained substantial damage to both wings. The wreckage is pending recovery for a future examination of the airframe and engine. 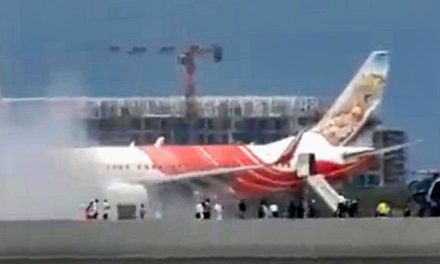