On October 8, 2021, about 1311 eastern daylight time, a Cessna P210N, N128EE, was destroyed when it was involved in an accident at Dekalb-Peachtree Airport (PDK), Atlanta, Georgia. The pilot, and three passengers were fatally injured. The airplane was operated as a Title 14 Code of Federal Regulations Part 91 personal flight.

Review of PDK airport security surveillance video revealed that the airplane lifted off about 1,000 ft down runway 21 in a nose-high attitude. The airplane then rolled left and reached an inverted attitude before it impacted nose first beside the runway.

The debris area was compact, and the ground scars were consistent with the airplane impacting in a nose first, right wing down attitude. The fuselage came to rest upright, oriented on a magnetic heading of 245°. The engine remained attached to the firewall through the tubular engine mount and was heavily fire damaged. The propeller was separated from the engine at the propeller gearbox. One propeller blade remained attached to the propeller and the four other blades fractured off at the hub. The cabin and instrument panel were consumed by the postimpact fire. Both wings were separated from the fuselage and sustained significant postimpact fire damage. The tail section was thermally damaged. Flight control cable continuity was partially established due to multiple separations that displayed signatures consistent with overload separation and postimpact fire damage. The elevator trim tab actuator was observed in the thermally damaged wreckage with both actuator rods separated. The inboard actuator rod measured 1.5 inches extended which correlated to 5° tab down. The outboard actuator rod measured 1.7 inches extended which correlated to 5° tab up. Both trim tab actuator rods were free to rotate.

The six-seat, high-wing, retractable landing gear airplane, serial number P21000133, was manufactured in 1978. It was originally equipped with a reciprocating engine; however, it was converted to a RollsRoyce 250-B17F/2 turbo shaft 450-horsepower engine, equipped with a five-bladed composite MT propeller. Review of maintenance records revealed that the conversion was completed on July 19, 2021. At that time, the airframe had accumulated about 1,390 total hours and the engine had accumulated 2.3 hours since overhaul.

The airframe and engine were retained for further examination. 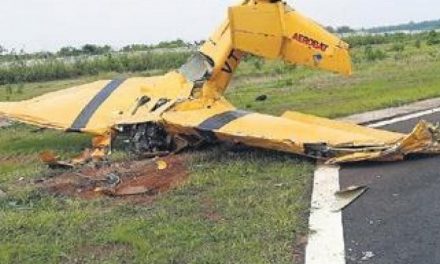