On January 2, 2021, about 1430 mountain standard time, a Cessna P210N, N833RT, was substantially damaged when it was involved in an accident near Moab, Utah. The pilot and three passengers were not injured. The airplane was operated as a Title 14 Code of Federal Regulations Part 91 personal flight.

According to the pilot, after the initial engine startup, the oil pressure and oil temperature indications were confirmed, and the airplane was taxied to the runup area. The engine runup prior to takeoff was accomplished with no anomalies noted.

After the airplane taxied onto the runway, the pilot advanced the engine controls, and manifold pressure was achieved and maintained between 31 to 32 Hg during the takeoff role. Shortly after departing the runway, about 100-200 ft above ground level (agl), the engine began to run rough and the pilot experienced a partial loss of power.

The pilot retracted the landing gear but soon felt more of a power loss followed by a loss of altitude and maneuverability.

Subsequently the pilot initiated a forced landing on the remaining runway and extended the landing gear. The airplane landed on the left side of the runway before veering right and exiting into the snow-covered runway safety area. The right main landing gear collapsed, and the airplane came to rest on the right-wing tip and right horizontal stabilizer. The pilot reported that the landing gear was possibly not in the fully extended position during the forced landing.

The front passenger reported to the pilot that the fuel flow gauge read about 42 gph fuel flow during the takeoff.

The airplane was recovered to a secured facility for further examination. 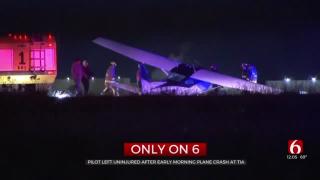 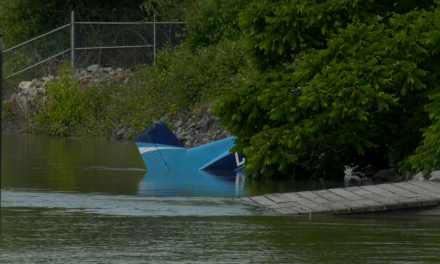