The Airplane Then Turned To The North, Followed By A Turn To The East And A Rapid Descent

On September 27, 2020, at 0703 Pacific daylight time, a Cessna T182T airplane, N157RC, sustained substantial damage when it was involved in an accident near Santa Barbara, California. The pilot, the sole occupant, was fatally injured. The airplane was operated by the pilot as a Title 14 Code of Federal Regulations (CFR) Part 91 personal cross-country flight.

According to the Federal Aviation Administration (FAA), the airplane departed runway 15L, established radio contact with Los Angeles Center departure control and turned a heading of 255 degrees with a climb to 8,000 ft above ground level (agl). The airplane then turned to the north, followed by a turn to the east and a rapid descent. Radio and radar contact were lost, and an alert notification was issued by the FAA. Wreckage and an oil slick were located approximately 2 miles from SBA in the Pacific Ocean by the Santa Barbara Sheriff’s Department. There were no mayday calls received by ATC from the pilot.

Reported weather at SBA at the time of the accident was overcast skies at 900 ft and visibility 7 miles. Santa Barbara Sheriff’s Department requested assistance from Los Angeles County Sheriff’s Department Dive unit to assist in the search for the pilot and airplane. The estimated depth of the wreckage was 200 ft. On Thursday, October 1, 2020, the pilot, and airplane were located and recovered. 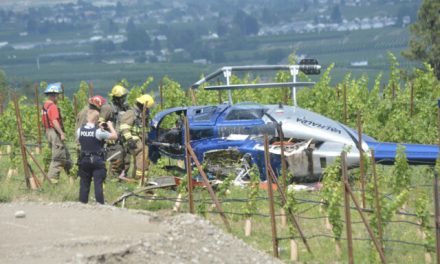