Passing Through About 1,500 Ft Msl, The Airplane Entered A Left Arcing Descending Turn

On May 6, 2022, at 0844 eastern daylight time, a Cirrus Design Corp SR22, N24LA, was substantially damaged when it was involved in an accident in the Atlantic Ocean near Tybee Island, Georgia. The private pilot was fatally injured. The airplane was operated as a Title 14 Code of Federal Regulations Part 91 personal flight.

A review of preliminary Automatic Dependent Surveillance-Broadcast (ADS-B) data and air traffic control information obtained from the Federal Aviation  Administration revealed that the airplane departed runway 27 at Whiteplains Airport (SC99), Lexington, South Carolina, about 0738. The airplane turned to a southbound heading, climbed to an altitude of about 4,000 ft mean sea level (msl) and flew for about 10 nautical miles (nm). The pilot had requested and was given an approach clearance for the RNAV GPS approach to runway 17 at Barnwell Regional Airport (BNL), Barnwell, South Carolina, about 48 miles from SC99.

The air traffic controller requested that the pilot provide a position report inbound on the approach over the “FATSU” waypoint. The pilot acknowledged the request but did not subsequently report passing the waypoint. The airplane overflew runway 17 at BNL about 2,200 ft msl and continued to fly another 113 miles on a 170° heading. The airplane crossed over the eastern coastline of Tybee Island and continued over the Atlantic Ocean for about 15 miles then began to slow and descend briefly. Then, when passing through about 1,500 ft msl, the airplane entered a left arcing descending turn with a corresponding increase in groundspeed. The last target was observed at 0844, as the airplane descended through 75 ft msl about 18 nm southeast of Tybee Island.

The wreckage was recovered on May 16, 2022, and retained for further examination. 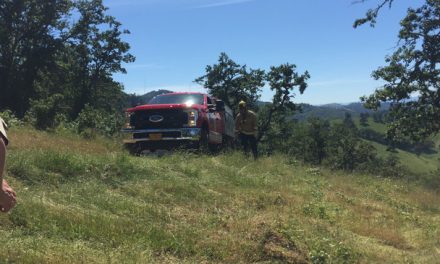