On July 21, 2022, about 1644 mountain daylight time, a Columbia Helicopters CH-47D, N388RA, was destroyed when it was involved in an accident near North Fork, Idaho. The pilot and co-pilot were fatally injured. The helicopter was operated as a public use firefighting flight.

The operator was contracted by the U.S. Forest Service for the Moose Fire and had relocated the helicopter to the area on July 19, 2022, then began firefighting flights on July 20, 2022. On the day of the accident the pilots had completed about 1.5 flight hours and multiple bucket loads. The helicopter was equipped with a water bucket attached to the helicopter via a 200 ft long line and a belly cargo hook.

A 38-second video of the accident was recorded by a local resident and was provided to the investigation. The video revealed that the helicopter was setting up to dip the water bucket in the Salmon River. The helicopter was facing east and hovered about 250 ft above the river. Generally, the helicopter began a left yaw turn that increased in rotation rate as it descended and impacted the river.

A preliminary assessment of the video revealed that prior to water impact, the rotors were rotating near their rated speed of 225 rpm. Just before water impact, the helicopter counterclockwise yaw rate was 124 degrees/second. The helicopter wreckage was removed from the river via crane and place on land for an initial examination. After the examination, several components were removed for further examination and testing.

The helicopter has been retained for further examination. 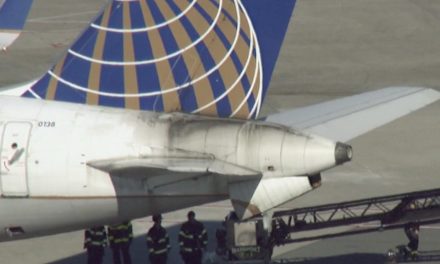