On April 22, 2020, about 1110 mountain daylight time, a Czech Sport Aircraft SportCruiser, N802PS, was substantially damaged when it was involved in an accident at the Logan-Cache Airport, Logan, Utah. The pilot was not injured. The airplane was operated as a Title 14 Code of Federal Regulations Part 91 instructional flight.

The student pilot stated that the purpose of the flight was for him to make his second solo cross-country. He departed from South Valley Regional Airport, Salt Lake City, Utah about 0900 and completed two practice touch-and-go takeoffs and landings in Ogden, Utah. Thereafter, the pilot continued to Logan where he completed a full stop and shut down the engine.

After a short time he started the engine, and during the run-up procedure he performed a magneto check, at which time the engine momentarily experienced a total loss of power. The pilot shut down the airplane and tried again after speaking with his instructor on his cell phone. During the second engine start, he thought that the fuel pump sounded much louder than usual and he shut the engine down. On the third engine start, the fuel pump remained louder than normal, and he noticed that the fuel pressure was fluctuating within the normal range, but would temporarily drop to 1.8 psi when he turned on the avionics. The fuel pressure recovered to 3.5 psi and he completed a normal engine runup.

The pilot further stated that he taxied to runway 28 and proceeded to depart. As the airplane reached about 50 to 100 feet above ground level (agl), the engine surged and he noticed that the fuel pressure had decreased to 1.0 psi (flashed red). He retarded the throttle and attempted to land straight ahead because he thought there was enough runway remaining. The airplane touched down hard, bending the left landing gear. The airplane incurred substantial damage to the fuselage. 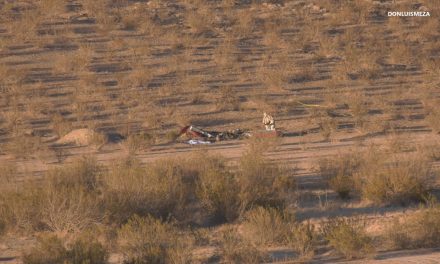