On March 18, 2021, about 1427 mountain standard time, an experimental Lancair Evolution, N469KS, was substantially damaged when it was involved in an accident near Phoenix, Arizona. The pilot was not injured. The airplane was operated as a Title 14 Code of Federal Regulations Part 91 personal flight.

According to the pilot, he began a climb after he departed on an instrument flight rules flight plan from an airport in Mesa, Arizona. As the airplane climbed through FL220, approximately 30 nm east of the pilot’s destination airport, the cabin door departed the airplane and impacted the horizontal and vertical stabilizer. The airplane landed safely in Buckeye, Arizona.

Photographs of the airplane taken by the accident pilot showed substantial damage to the left horizontal stabilizer. The cabin door has not been recovered. 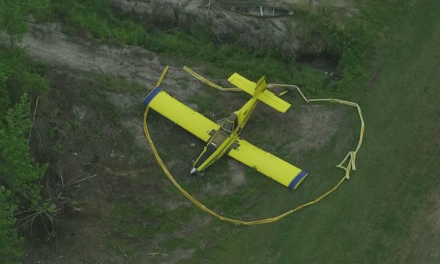