On February 18, 2021, about 1905 central standard time (CST), a Learjet 55, N559RA, was substantially damaged when it was involved in an accident near Jeffersonville, Indiana. The captain and first officer were not injured. The airplane was operated as a Title 14 Code of Federal Regulations (CFR) Part 135 on-demand cargo flight.

The captain reported that the takeoff, climb, and en route portions of the flight were normal with the first officer acting as the pilot flying. As they approached JVY, he and the first officer had briefed and set up for the instrument landing system approach (ILS) to runway 18, expecting to break out of the overcast cloud layer and execute a visual approach to runway 36 due to more favorable winds. Upon exiting the overcast he activated the airport’s pilot controlled lighting system and the first officer saw the runway. Both pilots stated they believed the runway that they saw was runway 36. They maneuvered the airplane visually toward the runway that was in-sight and executed a landing. The captain stated that upon touchdown it became clear that they had inadvertently landed on runway 32. In his report, the captain said that both he and the first officer were aware that runway 14-32 was closed.

The first officer stated that while flying to JVY they activated the pilot-controlled lighting and saw a runway light up. They visually lined up and landed on the runway that they saw and believed to be runway 36, which was runway 32. Both pilots reported that the only runway lights that they saw during the approach were the lights on runway 32, and there were no visible indications that the runway they approached was closed. Both pilots also stated that during the visual approach that they did not verify using their directional gyroscope that they were lined up  with the intended runway.

Information from the Federal Aviation Administration (FAA) confirmed that a NOTAM referencing the closure of runway 14/32 was in effect at the time of the accident. 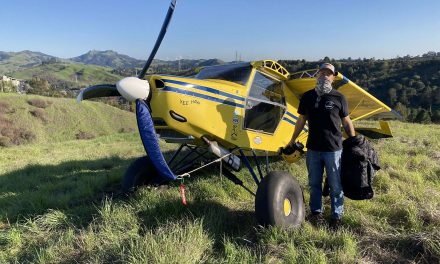 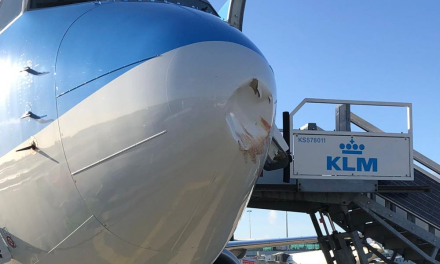