On July 30, 2022, about 1005 eastern daylight time, an experimental amateur-built Tango 2 gyroplane, N8680G, was substantially damaged when it was involved in an accident near Melrose, Florida. The flight instructor and pilot under instruction, were fatally injured. The gyroplane was operated as a Title 14 Code of Federal Regulations Part 91 instructional flight.

On the day of the accident, the flight instructor and pilot under instruction departed Melrose Landing Airport (FD22), Hawthorne, Florida at an unknown time. After the departure from FD22, witnesses observed the gyroplane flying around the local area, with one witness observing and hearing the gyroplane pass over an auto parts store, and another witness estimating that the gyroplane was operating at an airspeed of 20 to 30 knots, approximately 1,000 feet above ground level, while turning slowly to the northeast. Later (just prior to the accident), a witness observed the gyroplane circling around the area, and then objects began “falling from the sky.” The gyroplane then “went down” and he could see smoke. He advised that “it did not autorotate, it went down.”

Examination of the accident site revealed that the gyroplane had impacted in a goat pasture in a nose low, left bank, and had come to rest on a magnetic heading of approximately 243 degrees. Light items such as a seat cushion, floatation cushion, wheel pant, and a stick grip had been thrown from the gyroplane during the impact sequence, but there was no wreckage path, and any components recovered on-scene were within close proximity to the main wreckage. Examination of the gyroplane revealed that the majority of the front and rear cockpits had been consumed by a postcrash fire. The left main landing gear was embedded in the ground, and the left outboard vertical stabilizer, and left horizontal stabilizer were crushed inboard. The center vertical stabilizer and rudder were twisted and wrinkled from the root to the tip, and the right horizontal stabilizer was twisted and wrinkled from the root to the tip.

Flight control continuity was traced from the flight controls in the cockpit through breaks in the flight control system, and to the rudder and rotor head. Examination of the rotor system revealed that one rotor blade was missing. Further examination revealed that the missing blade had separated about 2 inches outboard of the blade grip and its associated teeter stop (droop stop) was bent in a downward direction. The remaining blade’s droop stop was slightly bent (as compared to the other droop stop), and the blade was bent in two places. It also displayed a black colored witness mark on the bottom of the blade about 4 feet outboard of the rotor hub, a blue colored paint transfer mark on the bottom of the blade about 3 feet inboard of the blade tip, and areas along the blade span which displayed damage from the impact sequence. The rotor head, and hub bar were intact, and the mechanism would rotate and teeter when manipulated by hand.

Examination of the PSRU revealed that it still contained oil, and it would rotate by hand. The centrifugal clutch was also intact and did not display any indication of damage. Examination of the engine revealed that it had remained in its mounts, had received thermal and fire damage, and the drivetrain could not be rotated. The timing chain was intact, and both camshafts were intact and undamaged. All intake and exhaust valves were also intact, and no blockages in the exhaust system were discovered.

Oil was present in the engine and oil pump, and the oil pump was functional. The oil filter and internal pleated filter material had been thermally damaged. No metallic debris was found internally. The ignition system and fuel injection system (including the throttle bodies and their associated assemblies) were all fire damaged.

The water pump was intact, but internal examination revealed that the impeller had melted. The radiator was intact, and no blockages were discovered. The flight instructor and pilot under instruction lived in a hangar apartment at FD22. In addition to the gyroplane, they also had an Aeronca 7DC airplane, and a Piper PA-28-160 that they would fly. Review of pilot logbooks indicated that the pilot under instruction held ratings for airplane single engine land, and instrument airplane, but did not possess a rating for gyroplanes. The flight instructor held a flight instructor certificate with a sport rating and endorsements for airplane single engine and gyroplane. He had been teaching the pilot under instruction how to fly the gyroplane. At the time of the accident, pilot logbooks indicated that he had given her about 9 hours of instruction in the gyroplane. 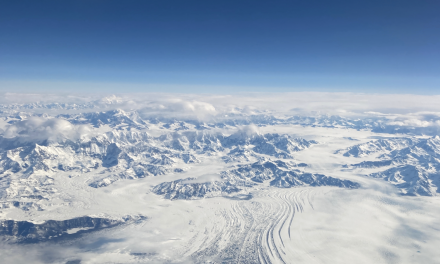