On August 20, 2020, about 2306 central daylight time, an experimental amateur-built Lancair Super ES airplane, N997S, was destroyed when it was involved in an accident near Ely, Minnesota. The pilot was fatally injured. The airplane was operated as a Title 14 Code of Federal Regulations (CFR) Part 91 personal flight.

N997S arrived at Ely Municipal Airport (ELO), Ely, Minnesota, about 1200, and the pilot was given a minivan to use. The pilot returned to the airport 1600-1700 and asked airport personnel if he could continue to use the minivan. The fixed base operator at ELO closed at 1700. The pilot was waiting for the destination weather at Grand Marai, Minnesota, which was fogged in, to clear.

The pilot had not filed a flight plan and there was no record he obtained weather through an automated flight service station. There was no air traffic control contact with N997S for the accident flight.

Two witnesses at White Iron Beach Resort stated they had gone out to sit on the end of the dock for the evening and star gaze. They had been out on the dock for about an hour and a half. When they first sat down, the sky was clear, and they could see the stars. However, a cloud layer began to develop, and they could not see the stars anymore. They continued to have very good lateral visibility and could see the island out in front of them from the dock. All was quiet while sitting on the dock. Then they heard the noise of an airplane, looking out past the island and to the left of it, they saw an airplane diving down toward the water; they could see lights from the airplane and its silhouette. The airplane then climbed up and disappeared into the clouds. The airplane then came back down through the clouds and was aimed right at them on the dock. The airplane noise had been loud the entire time. They thought the airplane was going to hit the water in front of the dock, but one wing was lower than the other, and the airplane pulled up just in front of them, turned left and climbed back into the clouds, disappearing from their view in a steep, straight-up climb. Seconds later, the airplane came down in a straight down nosedive followed by a “boom” and immediate silence. They immediately called 911 at 2306. From the first time they heard and saw the first dive, to the third impact dive, less than three minutes had passed. The airplane noise was loud through the entire time they had witnessed the airplane with no popping or sputtering.

The airplane impacted White Iron Lake, and the wreckage was about 25 ft under water, and about 5.5 nautical miles northeast of the ELO.

At 1945, the National Weather Service (NWS) Aviation Weather Center issued an Airmen’s Meteorological Information (AIRMET) SIERRA advisory for instrument flight rule (IFR) conditions in mist and fog, ceilings below 1,000 ft, visibility below 3 statute miles due to mist/fog, for an area that included the accident location. This AIRMET was valid at the accident time.

At 1956, the NWS Weather Forecast Office in Duluth, Minnesota, issued an Aviation Forecast Discussion (AFD) that included a synopsis and forecast for aviation-specific weather for the region. The “Aviation section of that AFD, which was originally issued at 1645, stated: Mainly VFR conditions were in place around the terminals this evening aside from low IFR conditions at DLH. A back door cold front was sliding to the southwest and moved through the Twin Ports late this afternoon, allowing the marine layer to move inland and bring low IFR ceilings and visibilities to DLH. Expect this activity to oscillate over the next few hours as waves of cloud cover move up over the hill. Heading into the overnight hours, temperatures are expected to cool and with a moist airmass in place, this will lead to the development of fog at all the terminals. Expecting IFR or low IFR ceilings and visibilities to affect DLH (Duluth, Minnesota), INL (International Falls, Minnesota), HIB (Hibbing, Minnesota) and HYR (Hayward, Wisconsin) in the hours around sunrise with marginal visual flight rules (VFR) conditions before then. Periods of very low IFR conditions cannot be ruled out as well. Have added a period of marginal VFR visibilities at BRD (Brainerd, Minnesota), but they could go even lower if temperatures are able to cool more than expected overnight. Improving conditions to VFR are expected by mid to late morning, although the lower ceilings may stick around a bit longer. Chances for showers and a few thunderstorms will arrive during the afternoon hours, but the best chances look to  hold off until very late in the period or into the next period, so have held off mention at this point and have focused on the tonight’s fog potential. 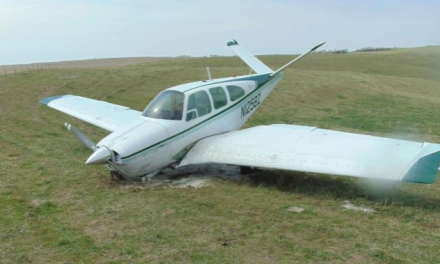 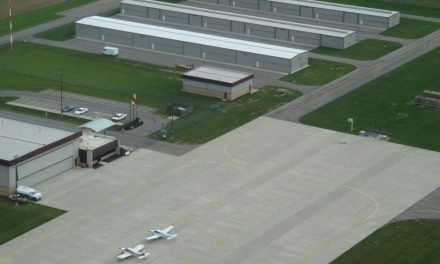