On August 2, 2020, about 0839 mountain daylight time, a North American Navion airplane, N225HJ, was substantially damaged when it was involved in an accident near Cedar City, Utah.

The pilot and pilot-rated passenger were fatally injured. The airplane was operated as a Title 14 Code of Federal Regulations (CFR) Part 91 personal flight.

Preliminary radar data showed the airplane departed Strawberry Valley Estates Airport (UT24), Alton, Utah, about 0815. After departure, the airplane flew southwest bound before turning north where it continued to track for the remaining portion of the flight captured by surveillance data. The direction was consistent with a heading towards Cedar City, Utah, as well as near the reported accident site.

Several witnesses heard the pilot make a distress call. He said that they were out of gas and were trying to land in a field. Two other witnesses observed the airplane descending prior to impact with terrain. Shortly thereafter, a nearby communications tower collapsed. Local law enforcement and the Federal Aviation Administration responded to the accident site. A survey of the site revealed that all major components of the airplane necessary for flight were located at the accident site. A support cable from the tower was observed wrapped around the front of the airplane. There was no post impact fire. 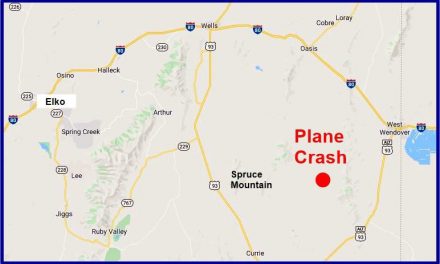 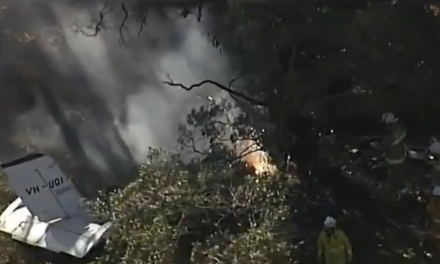