On October 13, 2021, about 0816 eastern daylight time, a Piper PA-24-260, N9126P, was destroyed when it was involved in an accident near Blairsville, Georgia. The private pilot was fatally injured. The airplane was operated as a Title 14 Code of Federal Regulations Part 91 personal flight.

The instrument-rated pilot, who owned the airplane, filed an instrument flight rules flight plan from Blairsville Airport (DZJ) to Sebring Regional Airport (SEF), Sebring, Florida. According to preliminary Automatic Dependent Surveillance – Broadcast (ADS-B) data, the pilot took off on runway 8 about 0815 and immediately commenced a left turn to the northwest to a heading of about 300° at which point the airplane began a right turn before the ADS-B data ended. The airplane impacted trees and terrain on a heading of 090° about 1.5 nautical miles north of the departure end of runway 8.

Takeoff minimums and obstacle departure procedures for DZJ (an uncontrolled airport) required pilots to climb in visual conditions to cross the airport at or above 4,500 ft msl before proceeding on course. Weather minimums for the climb in visual conditions were 2,700 ft ceiling and 3 miles visibility. The DZJ weather at 0815 included a ceiling of 200 ft overcast with ¼ mile visibility in fog. Witnesses and first responders reported heavy fog conditions at the accident site.

Initial examination of the accident site and wreckage revealed that all major structural components of the airplane were accounted for. The airplane struck trees before colliding with terrain on the banks of Nottely Lake. The measured descent angle from the tree breaks to the initial impact crater was 22°. 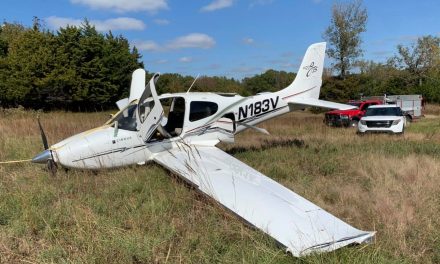 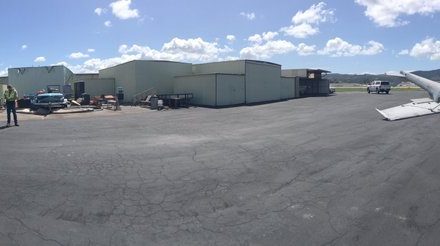