The Airplane Impacted Trees And Terrain About 0.40 Miles From The Runway 17 Arrival Threshold

On July 3, 2022, at 2244 central daylight time, a Piper PA-32-300 airplane, N1403X, was destroyed when it was involved in an accident near Mt. Pleasant, Texas. The pilot and two passengers were seriously injured. The pilot-rated passenger was fatally injured. The airplane was operated as a Title 14 Code of Federal Regulations Part 91 personal flight.

Automatic Dependent Surveillance – Broadcast (ADS-B) data revealed that the flight departed from the Memorial Field Airport (HOT), Hot Springs, Arkansas, about 2145, and proceeded direct to the Mt. Pleasant Regional Airport (OSA), Mt. Pleasant, Texas. At OSA, the pilot entered the airport traffic pattern on a left base leg for runway 17 and subsequently became established on final approach about 1.5 miles from the runway. The final ADS-B data point was received at 2243:45. The airplane was about 0.42 miles from the runway arrival threshold at that time.

The airplane impacted trees and terrain about 0.40 miles from the runway 17 arrival threshold. The right wing separated, and the outboard 4-foot section of the right wing was suspended in a tree about 50 ft above ground level. The right-wing tip was resting on the ground near the tree. Tree branches exhibiting fresh breaks were also near the initial tree strike. The remaining inboard section of the right wing was separated at the root and located along the debris path. 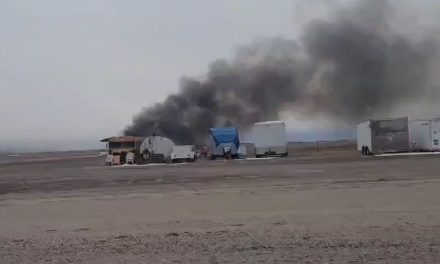 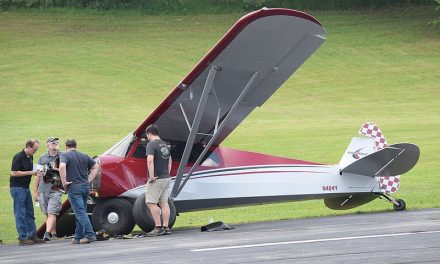 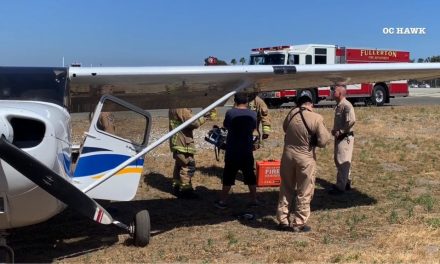