On September 1, 2020, at 1245 eastern daylight time, a Piper PA-24-250 airplane, N5939P, was destroyed when it was involved in an accident near Midland, Michigan. The pilot was seriously injured, and the pilot-rated passenger was fatally injured.. The airplane was operated as a Title 14 Code of Federal Regulations (FAR) Part 91 personal flight.

According to preliminary radar data, the airplane departed Home Acres Sky Ranch Airport (Y91), Lake City, Michigan, at 1125, and arrived at Jack Barstow Airport (IKW), Midland, Michigan, at 1205. The airplane was seen to make two touch-and-go landings, then it made a full stop landing and taxied to the self-serve fuel pump. Records showed the pilot refueled the airplane with 18 gallons of 100-LL aviation-grade gasoline. A witness inside the airport office said she observed the pilot fueling the left fuel tank. She did not see him refuel the right fuel tank.

Preliminary radar data indicated the airplane took off at 1237 and climbed to an altitude of 2,550 ft. It then began a right turn back towards IKW. According to a Federal Aviation Administration (FAA) inspector, the pilot reported he was returning to the airport due to an engine failure. Shortly thereafter, he reported he wasn’t going to make it to the airport, and was making a forced landing in as field. The last radar contact with the airplane was at 12644:34  at an indicated altitude of 675 ft. According to the Midland County Sheriff’s Office, the airplane struck a large grass-covered mound of dirt before coming to a rest. 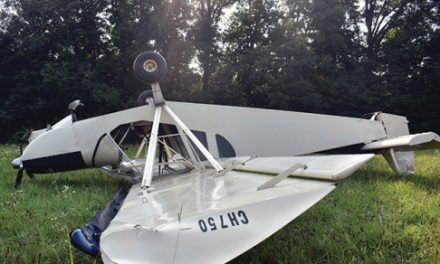 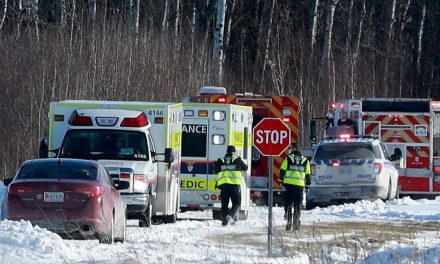