On November 21, 2022, at 1805 eastern standard time, a Piper PA-28-140, N7261F, was substantially damaged when it was involved in an accident near Manassas, Virginia. The the student pilot sustained minor injuries and the flight instructor was not injured. The airplane was operated as a Title 14 Code of Federal Regulations Part 91 instructional flight. According to the flight instructor, he was instructing the student pilot in maneuvers near the airport in a practice area before they flew back to the airport to practice some touch-and-go landings.

They performed four touch-and-go landings without any issues. During the fifth touch-and-go landing, after they took off from runway 16L, the student pilot turned the airplane onto a crosswind leg of the traffic pattern about 950 ft above ground level. The flight instructor then heard a loud noise come from the engine and the engine lost all power. He immediately took over the controls of the airplane and notified air traffic control of the emergency. He further stated that he turned the airplane back to the airport and tried to land on runway 34R.

He knew he would not make the runway and lined up with the taxiway. He landed the airplane hard before the taxiway, in the grass, and slid to a stop.

Examination of the wreckage by a Federal Aviation Administration inspector revealed substantial damage to both wings, the nose landing gear, and the left main landing gear. 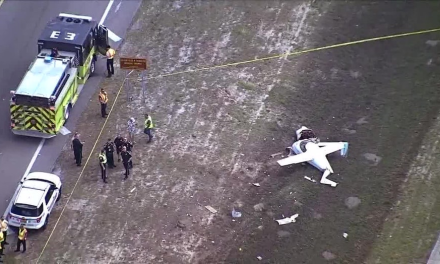 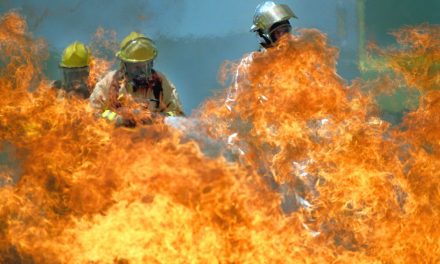