Controllers Became Concerned About The Pilot Possibly Suffering From Hypoxia

On September 1, 2020, about 2007 central daylight time, a Piper PA-28-235 airplane, N8957W, was destroyed when it was involved in an accident in Walker, Minnesota. The pilot was fatally injured. The airplane was operated as a Title 14 Code of Federal Regulations (CFR) Part 91 personal flight.

The flight originated at Hardy-Anders Field Natchez-Adams County Airport (HEZ), Natchez, Mississippi, about 0912, and landed at Kirksville Regional Airport (IRK), Kirksville, Missouri about 1303. According to records obtained from the FBO at IRK, the pilot purchased 76.1 gallons of 100 low lead aviation gas. The airplane departed IRK about 1436 with an intended destination of Bemidji Regional Airport (BJI), Bemidji, Minnesota.

While inbound to BJI and receiving services from Minneapolis Air Route Traffic Control Center (ZMP ARTCC), controllers became concerned about the pilot possibly suffering from hypoxia based on altitude and course deviations, and slow communication responses. ZMP controllers directed the pilot to divert to St Cloud Regional Airport (STC), St. Cloud, Minnesota, airport for medical assistance and subsequently declared an emergency for the pilot. Upon landing at STC the pilot was met by emergency medical services. The pilot refused medical treatment and then departed VFR from STC without air traffic services to BJI. According to the FBO at STC, the airplane was not serviced with fuel before departure.

Preliminary radar data indicated the airplane departed STC and flew northeast and climbed to about 4,000 ft mean seal level (msl). As the airplane approached the BJI terminal area, a line of adverse weather was observed over the intended route of travel and radar data showed the airplane made several course deviations (Figures 1 and 2). The airplane turned east, completed two 360° turns, then continued southeast headed away from BJI. The airplane then entered a course reversal, and turned northwest back toward BJI. During these deviations, the airplane descended to about 2,000 ft msl and then climbed back to 4,000 ft msl and continued to climb and descend before entering a continued climb to about 7,000 ft msl followed by a continual descent toward the ground. The last target was at 2007:39.

The airplane wreckage was located in Leech Lake, about 31 miles southeast of BJI, in about 12 ft of water. The fuselage and tail section were intact; the wings had separated from the airplane but were still connected by cables. 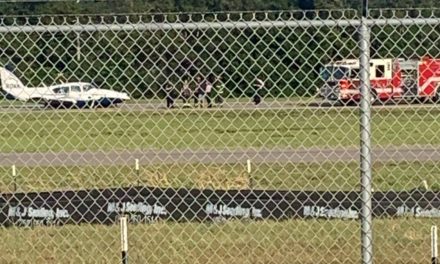 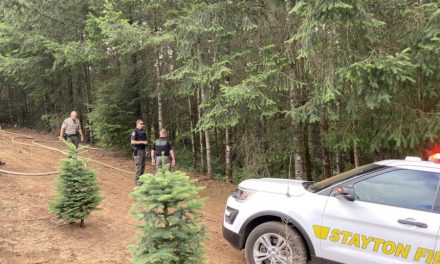