On June 4, 2021, about 1830 central daylight time, a Piper PA28-140 airplane, N8208N, was substantially damaged when it was involved in an accident near Justin, Texas. The pilot and passenger sustained minor injuries. The flight was operated as a Title 14 Code of Federal Regulations Part 91 personal flight.

The pilot stated that the intention of the flight was to ensure that the airplane operated normally before it was sold. There were 15 to 20 gallons of fuel in each wing tank, which had been added about three months earlier. On the evening of the accident, he had already completed two landings on the grass runway and was completing a third and final takeoff when the accident occurred. He stated that immediately after departure, about 45 ft above ground level (agl), the engine lost power. The left wing dropped, and the airplane descended into trees. The airplane came to rest suspended in the trees and the left wing separated at the wing root during the accident sequence. The pilot added that the airplane had not received an annual inspection in about 7 years and had not been flown much in recent years.

A postaccident examination by the responding Federal Aviation Administration (FAA) inspector noted that there was a smell of fuel at the accident site. The left fuel tank was intact and contained about one gallon of fuel. The right fuel tank was breached and did not contain any fuel; the fuel selector was positioned to the right tank. 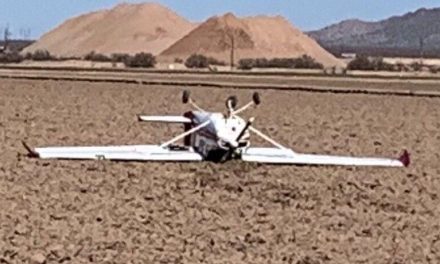