When The Airplane Was About 60 Nm West Of ARG, Radar Contact Was Lost

On November 30, 2020, at 1213 central standard time, a Piper PA-38-112 airplane, N9879T, was destroyed when it was involved in an accident near Franklin, Arkansas. The certificated flight instructor and the private pilot being instructed were fatally injured. The airplane was operated as a Title 14 Code of Federal Regulations (CFR) Part 91 instructional flight.

Automatic Dependent Surveillance-Broadcast (ADS-B) data was obtained for the accident flight. The airplane departed the Country Air Estates Airport (1AR9), Lonoke, Arkansas, at 0931, flew to the Carlisle Municipal Airport (4M3), Carlisle, Arkansas, and arrived at 0946. The airplane remained at 4M3 for about 16 minutes before it departed at 1002. The airplane then traveled about 100 nm north-northwest, turned to a northeast heading and overflew the Marion County Regional Airport (FLP), Flippin, Arkansas, and the Baxter County Airport (BPK), Mountain Home, Arkansas, before it turned eastbound.

The airplane did not land at FLP, and due to a gap in the ADS-B data it could not be determined if the airplane landed at BPK. After the airplane passed BPK, it turned to the east. The flight contacted the Memphis Air Route Traffic Control Center (ARTCC) and obtained an instrument flight rules clearance (IFR) from BPK to the Walnut Ridge Regional Airport (ARG), Walnut Ridge, Arkansas. ARG was about 76 nm east of BPK. During the portion of the flight
from BPK to ARG, air traffic control initially established radar contact and voice communication with the flight. When the airplane was about 60 nm west of ARG, radar contact was lost and voice communication became intermittent and were eventually lost.

The airplane impacted trees and terrain. The debris path was about 230 ft long and oriented on a magnetic heading of 320°. The airplane was severely fragmented, and the main portion of the wreckage came to rest about 160 ft from the initial tree impact point. The airplane’s engine was located about 230 ft from the initial impact point. There was no fire. Examination of the wreckage by Federal Aviation Administration inspectors and an investigator from Piper Aircraft revealed no preimpact mechanical malfunctions or anomalies that would have precluded normal operation. 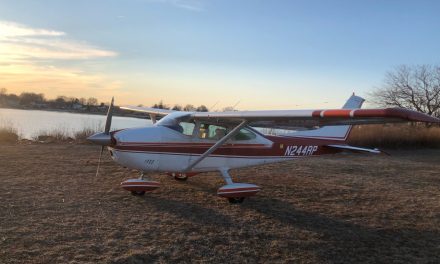