As The Pilot Maneuvered The Airplane Back Toward The Airport, The Engine Again Lost Power

On July 6, 2021, about 1508 eastern day light time, a Piper PA-46-500TP, N31062, was substantially damaged when it was involved in an accident near Manteo, North Carolina. The airline transport pilot and passenger were not injured. The airplane was operated as a Title 14 Code of Federal Regulations Part 91 personal flight.

The pilot reported that the fuel tanks had been topped-off with Jet-A fuel before the flight. He departed Dare County Regional Airport (MQI) from runway 23; however, just after he retracted the landing gear, he noted a loss of thrust from the engine. He verified that the throttle had not moved, unlocked the Manual Override (MOR), and moved it forward in an attempt to increase engine power. Engine power did not increase, and the pilot began to prepare for a forced landing. Suddenly, the engine surged, and the pilot initiated a climb.

There was a brief interruption of engine power, but the airplane continued to climb, and the pilot started a turn back to the airport.

As the pilot maneuvered the airplane back toward the airport, the engine again lost power. He subsequently landed about midfield, at the intersection of runway 35 and runway 23, and was aligned about 35° off runway heading for runway 35. The airplane continued off the paved surface, into the grass, where the nose landing gear collapsed, resulting in substantial damage to the fuselage.

The airplane was equipped with a Pratt & Whitney PT6A turboprop engine. The airframe and engine were retained for further examination. 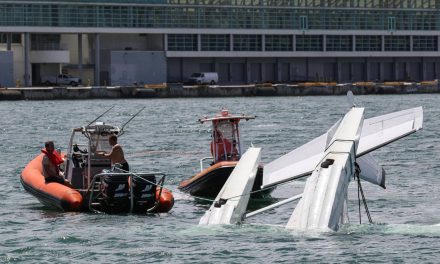 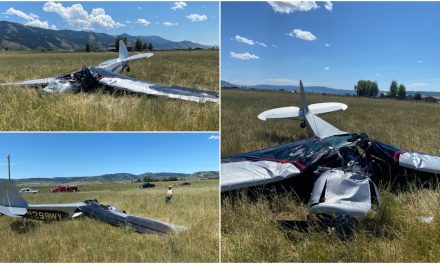