When The Nosewheel Touched Down, The Airplane Veered Sharply Right

On July 3, 2020, about 1157 eastern daylight time, a Piper PA-46-600, N89MA, was substantially damaged when it was involved in an accident near Titusville, Florida. The pilot and two passengers were not injured. The airplane was operated as a Title 14 Code of Federal Regulations Part 91 personal flight.

The pilot reported that he performed a traffic pattern approach to runway 27 at Space Coast Regional Airport (TIX), Titusville, Florida. The airplane crossed the runway threshold at 80 knots and landed about 3 ft left of the runway centerline. When the nosewheel touched down, the airplane veered sharply right. The pilot applied left rudder and brake inputs to correct the deviation; however, the airplane did not respond. The airplane subsequently departed the right side of the runway and came to rest upright in the grass about 100 ft from the runway edge

Inspection of the accident site by a Federal Aviation Administration inspector revealed three skid marks on runway 27. The darkest of the skid marks was consistent with being made by the nose landing gear tire. The skid marks arced to the right about 30° and exited into the grass.

Once in the grass, the mark attributed to the nose landing gear appeared as a dirt trench scraped free of grass, ending where the airplane came to rest. 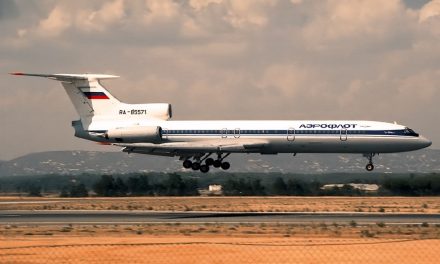