When He Added Power, The Engine Did Not Respond

On May 28, 2021, about 1030 mountain daylight time, a Pipistrel Alpha Trainer, N119JP, was substantially damaged when it was involved in an accident near Fort Collins, Colorado. The pilot sustained minor injuries and the flight instructor sustained serious injuries. The airplane was operated as a Title 14 Code of Federal Regulations Part 91 instructional flight.

The flight instructor reported that they took off and proceeded to the practice area. They conducted flight review maneuvers, emergency procedures, and the flight instructor demonstrated a power on stall. The pilot took over the controls and when he added power, the engine did not respond. He manipulated the throttle several times, but the engine had reduced to idle power and would not change. The flight instructor initiated an emergency landing; during which, he pulled the throttle control from the panel and exposed a large portion of the throttle control cable. The airplane descended to a nearby field and touched down. The nosewheel sank into a small ridge and the airplane flipped upside down and slid to a stop. The airplane exhibited substantial damage to the fuselage structure and empennage. 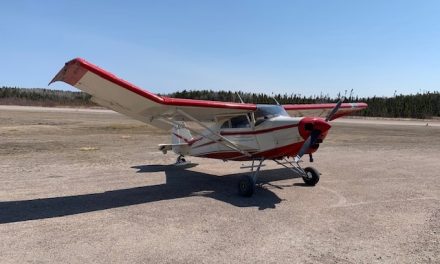