On July 12, 2021, about 0940 central daylight time, a PZL Mielec M-18A “Dromader” airplane, N9310R, was destroyed when it was involved in an accident near Seiling, Oklahoma. The pilot was fatally injured. The airplane was operated as a Title 14 Code of Federal Regulations Part 137 aerial application flight.

The airplane impacted a pasture about 1/2-mile north of the field being worked. The main wreckage consisted of the fuselage, engine, right wing, and empennage. A ground impact depression, oriented toward the northwest, was located immediately adjacent to the main wreckage. The left wing had separated and was located about 120 ft northeast of the main wreckage. The flight controls remained attached to the airframe with the exception of the right aileron and the outboard portion of the left elevator; both were located at the accident site.

An on-scene examination indicated that the left-wing main and rear spars had separated from the center wing structure. A preliminary visual examination of the left-wing main spar lower attachment revealed a fatigue crack that progressed through approximately 90% of the lower lug cross section with the remaining section fracturing in overstress. The separated upper lug fracture surface exhibited features consistent with overstress fracture. A metallurgical examination is pending. 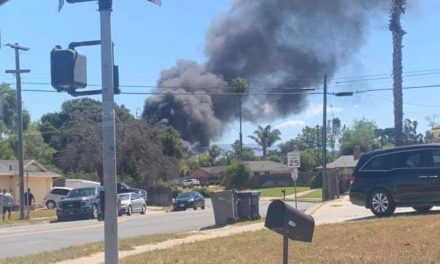 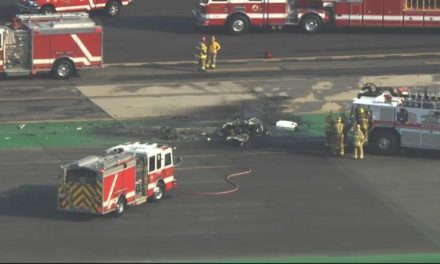