Airplane Overran The End Of The Runway, And The Pilot Steered The Airplane Into The Grass

On September 3, 2021, about 1244 eastern daylight time, a Raytheon Aircraft Company 390, N351CW, was substantially damaged when it was involved in an accident in Naples, Florida.

The pilot and three passengers were not injured. The airplane was operated as a Title 14 Code of Federal Regulations Part 135 on-demand flight.

According to the pilot, the flight from Indianapolis International Airport (IND), Indianapolis, Indiana to Naples Municipal Airport (APF), Naples, Florida was uneventful. During landing, he applied normal braking and the airplane started to slow down. Suddenly the brakes “faded away,” and he was unable to stop the airplane. He further described that he applied full braking pressure and the pedals were operating as they should, but the airplane was not stopping. He further stated that every few feet the brakes would grab, lock-up for a few feet, and then release. Raytheon Aircraft Company 390. The airplane overran the end of the runway, and the pilot steered the airplane into the grass and away from a jet blast fence.

A Federal Aviation Administration inspector who examined the airplane after the accident observed that the airplane sustained substantial damage to both wings during the runway excursion. 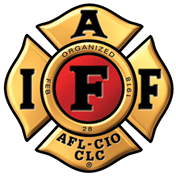