On June 5, 2022, about 1630 central daylight time, a Schweizer SGS135C glider, N2817H, was undamaged when the pilot was found deceased after a landing near Midlothian, Texas. The glider was operated under the provisions of Title 14 Code of Federal Regulations Part 91 as a personal flight.

According to members of the Texas Soaring Association (TSA), the pilot was launched via a towplane around 1500 that day. About 1700, the glider was found by another pilot when he landed at the TSA Gliderport (TA11), Midlothian, Texas. The pilot was found strapped in his parachute and harness with the canopy closed about 150 yards from the intended landing area in an open pasture. None of the members recalled hearing any landing radio calls or distress calls from the pilot.

Examination of the glider found the flaps in the landing position, with the handle locked in the detent. Flight control continuity was established from the controls to the flight surfaces. The left aileron connection from the push rods to the aileron idler horn had the Clevis pin improperly secured and was missing the LSP-1 safety pin which was not located within the fuselage. Despite being partially unseat, the Clevis pin was seated enough for operation of the aileron. No other anomalies were detected with the airframes. Members of the TSA assisted in the disassembly and transportation of the glider from the landing site to the pilot’s hangar. During disassembly, no obvious damage was noted to the glider.

The pilot was 84-years old and had been flying since at least 1973. Glider pilots are not required to hold a medical certificate of any class, and the pilot was flying under that provision. His last Federal Aviation Administration medical certificate was issued on January 5, 2012. On that application, the pilot reported having accrued 3,700 total hours. An autopsy and toxicology testing were ordered for the pilot. 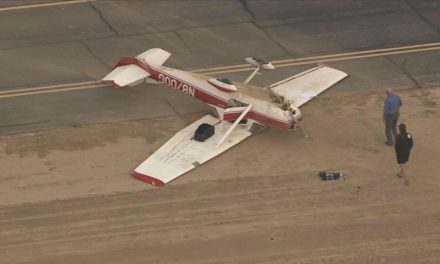