On October 2, 2022, about 0900 Central daylight time, a Scoda Aeronautica LTDA, Super Petrel LS, N892SP, was substantially damaged when it was involved in an accident near Perma, Montana. The pilot was sustained fatal injuries. The airplane was operated as a Title 14 Code of Federal Regulations Part 91 personal flight.

According to a witness, he and the accident pilot departed Polson Airport, Polson, MT, about 0800, as a flight of two. He reported that about an hour later, while flying about 75 feet agl over a river, the accident airplane abruptly pitched up, descended to the right and impacted the water. It was later determined that the accident airplane collided with a power transmission line that spanned the river. The witness stated that he did not see the power line prior to impact. 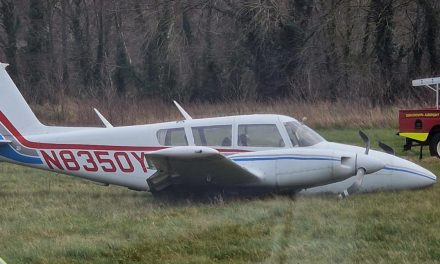 Emergency response after plane crash lands on Isle of Wight