On November 22, 2021, about 1140 mountain standard time, an experimental amateur-built RV-10 airplane, N54CT, was substantially damaged when it was involved in an accident near the Grassy Meadows/Sky Ranch Airport, Hurricane, Utah. The pilot sustained minor injuries. The airplane was operated as a Title 14 Code of Federal Regulations Part 91 personal flight.

The pilot reported that prior to takeoff, he conducted an uneventful engine runup with the fuel selector set to the left fuel tank. Following completion of the engine runup, he switched to the right fuel tank and back taxied on runway 17 for takeoff. The pilot departed runway 17 with the intention of conducting a downwind departure to the north. While on the downwind leg, he reduced power and decreased his rate of climb due to rising engine operating temperatures. Shortly after, the engine experienced a complete loss of engine power. He advanced the propeller control to full rpm, switched the fuel selector valve to the left fuel tank, and turned on the fuel boost pump. Unable to restore engine power, he conducted a 360° turn to lose altitude prior to landing. However, after turning onto final for runway 17, he realized he did not have enough altitude to make it to the runway and initiated a forced landing to an open field. Subsequently, the airplane landed hard and impacted terrain before it came to rest in a nose low attitude.

Postaccident examination of the airplane by the pilot revealed that the fuselage and left wing were structurally damaged. The wreckage was recovered to a secure location for further examination. 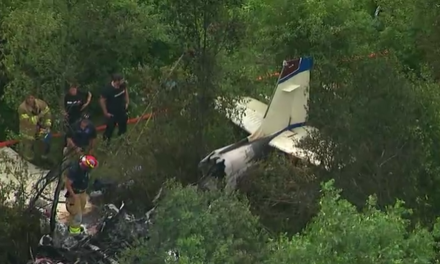 Plane with 3 on board crashes in Macomb County 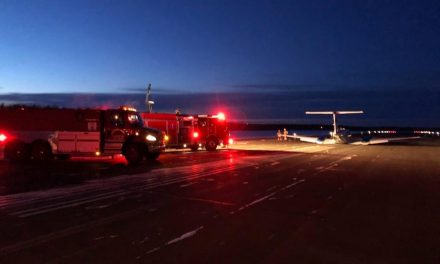 No injuries after rough landing for medevac flight in High Level