On November 26, 2020, about 1259 mountain standard time, an amateur-built Vans RV4 airplane, N87LW, was substantially damaged when it was involved in an accident near Telluride, Colorado. The pilot and his passenger were fatally injured. The airplane was operated as a Title 14 Code of Federal Regulations (CFR) Part 91 personal flight.

According to the airport manager for the Telluride Regional Airport (TEX), the pilot told an employee with the fixed base operator (FBO) at the airport that he intended to fly from TEX to Durango-La Plata County Airport (DRO), Durango, Colorado, to retrieve a passenger and then return to TEX. According to a fuel purchase receipt, at 1102, the pilot dispensed 23.87 gallons of 100 low-lead aviation fuel using the self-serve fuel pump at TEX.

According to the airplane kit manufacturer, the airplane had a total fuel capacity of 32 gallons distributed evenly between two wing fuel tanks. According to automatic dependent surveillance-broadcast (ADS-B) data, at 1125, the flight departed TEX on runway 27 and flew direct to DRO and landed on runway 3 at 1150.

At 1229, the flight departed DRO on runway 3 and proceeded north back toward TEX. About 1156:45, the flight turned onto a left downwind for runway 27 at TEX. A FBO employee at TEX reported that she was monitoring the airport’s UNICOM frequency when the pilot transmitted that he was on the downwind leg for runway 27. The FBO employee told the pilot to park in the hangar after landing, and the pilot replied “cool.” Further review of the recorded ADS-B data indicated that the airplane entered the traffic pattern while descending through 9,900 ft mean sea level (msl) and flew the downwind leg about 1 statute mile south of the runway 27 centerline. According to airport documentation, the traffic pattern altitude for runway 27 at TEX was 10,484 ft msl (1,414 ft above the runway 27 threshold). The processed ADS-B data also indicated that the airplane had entered the traffic pattern at 100 knots calibrated airspeed (CAS), or about 115 mph CAS, but then decelerated during the downwind and base legs (Chart 1). Additionally, the airplane continued to descend about 250 feet per minute (fpm) during the downwind leg.

According to the FBO employee who was monitoring the airport’s UNICOM frequency, at exact time unknown, there was a brief transmission where the pilot exclaimed “oh [expletive].” The FBO employee noted that the airplane disappeared from the FBO’s flight tracking system a few minutes after the pilot’s final transmission and that a representative with the United States Air Force Search and Rescue had called the airport inquiring about an emergency locator transmitter (ELT) signal that had been detected.

An airport security camera captured the final moments of the flight. The airplane is observed to enter a left wing down, nose down, turn and descend into terrain east of the airport. There was no video evidence of a postimpact fire or explosion. There were multiple witnesses who reported seeing the airplane enter a steep left bank turn toward the airport followed by a nose down descent toward terrain. The wreckage was recovered to storage facility where a detailed examination will be completed. 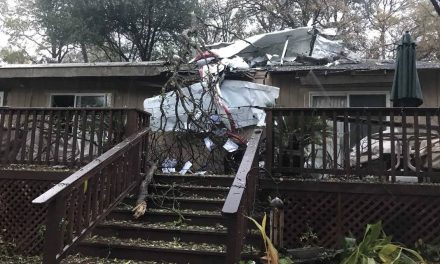 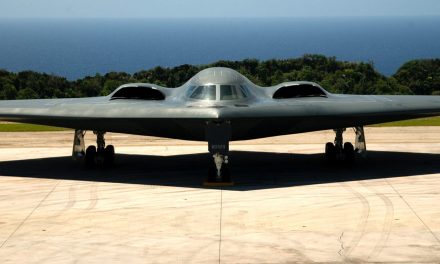