Switched Fuel Tanks And Shortly After, The Engine Began To Sputter

On July 26, 2020, about 1110 mountain daylight time, a Vans RV7, N514BS, was substantially damaged when it was involved in an accident near Henefer, Utah. The pilot sustained minor injuries. The airplane was operated as a Title 14 Code of Federal Regulations Part 91 personal flight.

The pilot reported that during an uneventful flight, at an altitude of about 10,000 ft mean sea level, he switched fuel tanks and shortly after, the engine began to sputter. The pilot turned on the electric fuel boost pump and switched the fuel selector valve to the original position, and the engine began to operate normally. However, a short time later, the engine began to sputter a second time, and despite his attempts, he was unable to restore engine power, and initiated a forced landing to a nearby road. During landing, the left wing struck the ground, and the airplane veered to the left off the surface of the road and impacted rising terrain.

Postaccident examination of the airplane by local law enforcement revealed that both wings and fuselage were structurally damaged. The wreckage was recovered to a secure location for further examination. 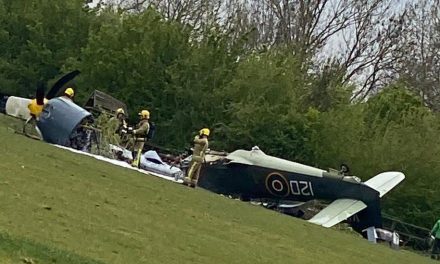 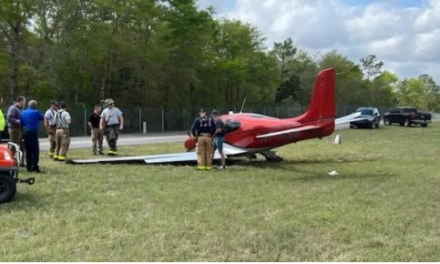