After Striking Trees, (The Aircraft) Had Come To Rest Inverted In A Swamp

On September 17, 2022, about 1847 eastern daylight time, an experimental amateur built Titan Tornado II airplane, N709RD, was substantially damaged when it was involved in an accident in Citra, Florida. The pilot and passenger were fatally injured. The airplane was operated as a Title 14 Code of Federal Regulations Part 91 personal flight.

On the day of the accident, the pilot and passenger departed Patch O Blue Airport (FD02), Orange Springs, Florida about 1835. According to preliminary ADS-B track data provided by the Federal Aviation Administration, after departure, the airplane made a left turn out and climbed to about 900 feet msl circling back towards FD02 and appeared to make an approach to the airport. Track data was lost briefly, but then appeared again on the other side of the airport, with the airplane again making a left turn out and circling back toward the point of departure but this time continuing to climb. The airplane then while continuing the climb circled to the left within about a 1-mile area, reaching a height of just over 3,000 feet. It then began to descend with varying ground speeds, until the last track data showed a more significant descent rate. Track data was then lost at 1846:47 when the airplane was at 2,200 feet, traveling at 67 kts on a heading of 227°, about 1.5 miles south of the point of departure.

Examination of the accident site revealed that the airplane after striking trees, had come to rest inverted in a swamp within a heavily wooded area on a magnetic heading of approximately 270°. Further examination revealed that there was no debris path, the wreckage was partially submerged, and the odor of fuel was present, along with a fuel sheen on the surface of the water.

Examination of the airplane revealed that the majority of the airplane’s structure was on site. The tail boom was twisted and displayed a fracture around its circumference near the attach point on the fuselage. The wings were partially separated from the fuselage, and the wing flaps appeared to be extended. Control continuity was established from the flight control surfaces to the breaks in the system, and from the breaks in the system to the flight controls in the cockpit. The throttle control was in the closed (idle) position, the cabin door locking mechanism was in the closed position. The fuel filter was free of debris and both it and the fuel line from the fuel tank contained fuel that had the appearance of Mogas (automotive gasoline).

Examination of the 3-blade pusher type propeller revealed that one blade had separated from the hub near the blade root during the impact sequence. Examination of the separated blade did not reveal any evidence of leading edge gouging or chordwise scratching. Examination of one blade that was visible above the water and had remined attached to the hub, also did not reveal the presence of leading edge gouging or chordwise scratching. The remaining blade was unable to be examined as it was buried in muck below the surface of the water.

The engine was unable to be examined as it was buried in thick mud below the surface of the water. 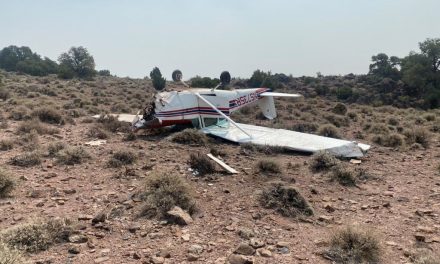 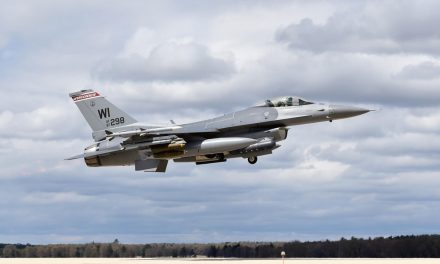 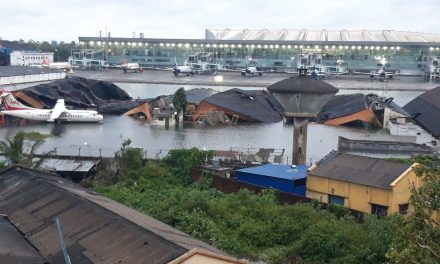