The CAP System Was Not Deployed, And The CAP Cockpit Handle Pin Was In Its Installed Position

On November 7, 2017, about 1204 eastern standard time, an Icon Aircraft A5 special light sport amphibious airplane, N922BA, sustained substantial damage when it was involved in an accident near Clearwater, Florida. The private pilot sustained fatal injuries. The airplane was operated as a Title 14 Code of Federal Regulations (CFR) Part 91 personal flight.

The pilot had 14.5 hours of total flight experience in the accident airplane. The pilot made an entry into his logbook indicating that, while en route from the Peter O. Knight Airport in Tampa, Florida, to his home, he flew under the Skyway Bridge; the bridge has a 180-ft vertical clearance over the water. Recovered GPS data showed that the pilot flew under the bridge on October 26, 2017. A few days later, the pilot stated on social media, “flying the Icon A5 over the water is like flying a fighter jet!”

The airplane came to rest inverted in about 4 ft of water and was oriented on a 192° heading, as shown in figure 4. The empennage was separated and displaced forward of the wings. All major airplane components were located at the accident scene. The front fuselage and cockpit were highly fragmented, with pieces scattered within a 300-ft radius of the main wreckage.

The CAP system was not deployed, and the CAP cockpit handle pin was in its installed position. The fuselage canopy was located about 50 ft west of the wreckage with about 50% of the plexiglass fractured and missing. The left (pilot’s) seat was separated from the fuselage. The pilot’s three-point harness system was anchored securely to the left wall with the inertia reel intact, secure, and fully operable. The webbing exhibited fraying about 12 inches from the reel.

The seatbelt buckle operated normally and locked in place when the tab was inserted. The wings, wing tips, and nose section exhibited symmetrical fragmentation consistent with a wings-level impact. Both wings were attached and secured in the locked position. Control continuity was established from the cockpit controls to the elevator, which exhibited full movement between stops. The torque tube was bent about 10° near the center; the forward pulley was intact with the bracket separated at the bond. The cables were traced through the system with no fractures. Secondary elevator stops were observed in place near the forward bellcrank. The pitch trim actuator rod remained intact. The pitch trim electrical connector remained attached to the torque tube, and all contact pins were intact.

Control continuity was established from the cockpit to the rudder through separations. The separations were consistent with overload.

Control continuity was also established from the cockpit controls to each aileron. All aileron pulleys displayed impact indentations but exhibited full roll movement. The secondary aileron stops were observed in place. The right wing root aileron bellcrank was displaced inboard about 6 inches from the airframe mount but remained attached to the cables. Both flaps and the flap handle were in the retracted position.

The fuel tank cap was secure, the fuel tank was breached by the engine throttle cable, and no fuel was present. The engine remained attached to the airframe. The engine was manually rotated at the propeller, and continuity and compression were established for each cylinder. The propeller remained attached to the crankshaft. No preaccident anomalies were noted with the airframe or engine that would have precluded normal operation.

The Office of the Medical Examiner, District Six, Pasco and Pinellas Counties, Florida, performed an autopsy of the pilot. His cause of death was blunt trauma, and drowning was a contributory condition.

Zolpidem was identified in the pilot’s cardiac blood (0.088 µg/ml) and urine. Zolpidem is a sleep aid available by prescription as a schedule IV controlled substance that is often sold with the name Ambien.

The drug information states the following: Complex behaviors such as ‘sleep-driving’ (i.e., driving while not fully awake after ingestion of a sedative-hypnotic, with amnesia for the event) have been reported with sedativehypnotics, including zolpidem. These events can occur in sedative-hypnotic-naive as well as in sedative-hypnotic-experienced persons. Although behaviors such as ‘sleep-driving’ may occur with zolpidem tartrate alone at therapeutic doses, the use of alcohol and other CNS
depressants with zolpidem tartrate appears to increase the risk of such behaviors.

Amphetamine was identified in the pilot’s cardiac blood (2.2 µg/ml) and urine. Amphetamine is a schedule II controlled substance that stimulates the central nervous system. It is available by prescription for the treatment of attention deficit disorder and narcolepsy. It carries a boxed warning about its potential for abuse and has warnings about an increased risk of sudden death and the potential for mental health and behavioral changes. In some preparations, the prescription drug is metabolized to amphetamine; commonly marketed names in this category include Adderall, Dexedrine, and Vyvanse. After a single 30-mg oral dose, early blood levels averaged 0.111 µg/ml, and average blood levels in adults using the long-acting prescription orally for a week were about 0.065 µg/ml.

Amphetamine is also prepared and used as a street drug that can be snorted, inhaled, or injected. Generally, levels above 0.2 µg/ml indicate amphetamine misuse to maximize the drug’s psychoactive effects.

Morphine was identified in the pilot’s cardiac blood (0.192 µg/ml) and urine. Morphine is a powerful opioid pain medication available as an injection, a tablet, or a capsule and is identified as a schedule II controlled substance. Ranges for therapeutic levels are typically determined by giving novice users one or two doses and measuring their blood levels; such ranges are 0.010 to 0.100 µg/ml. With regular opioid use, brain physiology changes, leading to tolerance for both the desired analgesic and sedative effects and resulting in increased dosing.

Chronic users may need the drug to feel and act “normally”; thus, a chronic user may appear to function normally at levels that could be toxic or even fatal to a first-time user. Fluoxetine and its metabolite norfluoxetine were identified in the pilot’s cardiac blood (0.984 and 1.569 µg/ml, respectively) and urine.

Fluoxetine is an antidepressant available by prescription. It carries the following warning: As with any CNS-active drug, fluoxetine has the potential to impair judgment, thinking, or motor skills. Patients should be cautioned about operating hazardous machinery, including automobiles, until they are reasonably certain that the drug treatment does not affect them adversely. However, major depression itself is associated with significant cognitive degradation, particularly in executive functioning. The cognitive degradation may not improve even with remission of the depressed episode, and patients with severe disease are more significantly affected than those with fewer symptoms or episodes.

Baclofen was identified in the pilot’s cardiac blood (0.72 µg/ml) and urine. Baclofen is a muscle relaxant available by prescription. It carries the following warning: Because of the possibility of sedation, patients should be cautioned regarding the operation of automobiles or other dangerous machinery, and activities made hazardous by decreased alertness. Patients should also be cautioned that the central nervous system effects of baclofen may be additive to those of alcohol and other CNS depressants. Hydromorphone was found in the pilot’s urine. Hydromorphone is an opioid pain medication available by prescription as a schedule II controlled substance. Other common names are Dilaudid and Exalgo. Hydromorphone is also a relatively uncommon active metabolite of morphine and a common metabolite of hydrocodone, which is not a metabolite of morphine.

Ibuprofen was found in the pilot’s urine. Ibuprofen is an over-the-counter pain medication commonly sold as Motrin and Advil. It is not considered impairing.

No ethanol was detected in the pilot’s vitreous specimens. 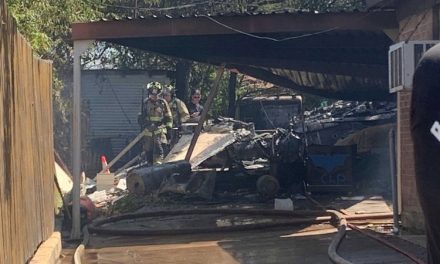 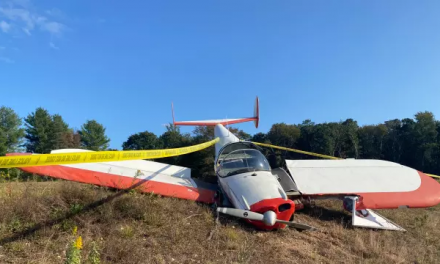 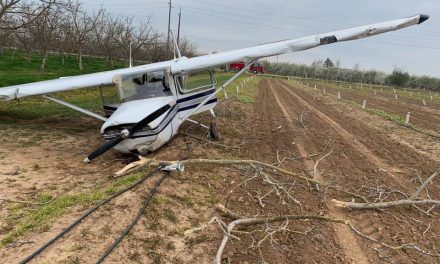 No injuries after plane’s hard landing in Lodi