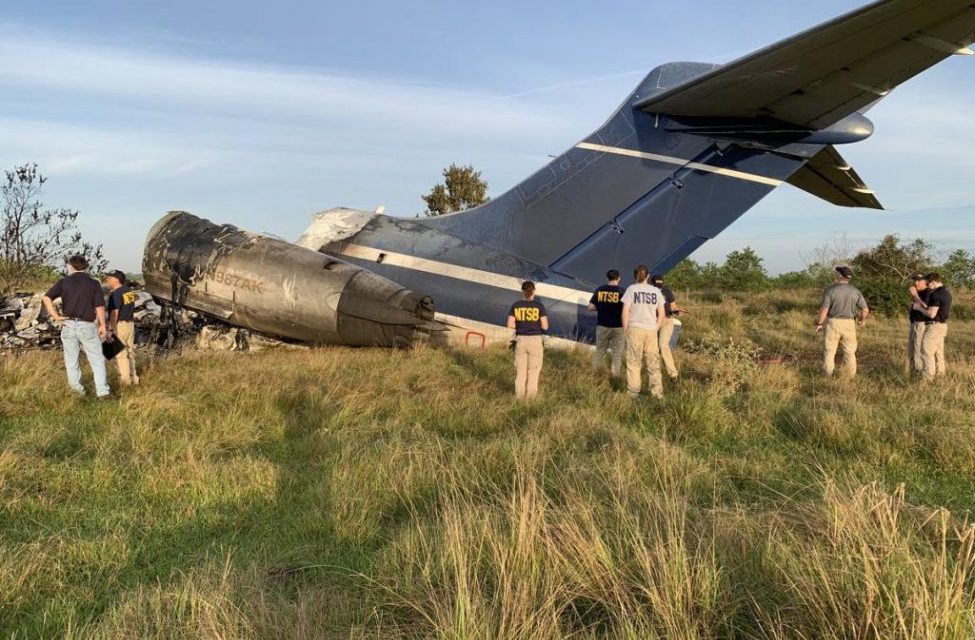 Oct. 20 (UPI) — Officials with the National Transportation Safety Board investigating the crash of a Boston-bound plane said Wednesday that they have retrieved the flight recorders and have begun to interview passengers, crew and witnesses.

The plane, a McDonnell Douglas MD-87 airliner with 18 passengers and three crew on board, crashed through a perimeter fence at Houston Executive Airport in Brookshire and burst into flames while attempting to take off shortly after 10 a.m. on Tuesday. Brookshire is part of the Houston metropolitan area.

No major injuries were reported among the occupants of the plane who were headed to Boston for Game 4 of the American League Championship Series between the Houston Astros and the Boston Red Sox.

NTSB board member Michael Graham told reporters during a press conference that investigators are on the scene and will be there for the next week or two collecting evidence and that they will be examining the plane’s airworthiness, maintenance records and the performance of the two pilots and flight mechanic on board.

“This is the beginning of a long process in this aircraft accident,” he said as it could take between a year and 18 months for the investigation to be completed.

The cockpit voice and data recorders, also known as black boxes, have been recovered and are being transported to Washington, D.C., to be downloaded, he said, adding that they “suffered heavy fire damage.”

Graham explained that the plane crashed through the perimeter fence and continued some ways, taking out powerlines and trees with the majority of the fire damage it sustained only occurring after it reached its final resting spot.

Two people on board suffered minor injuries, and investigators want to know how they were the only ones injured during this fiery accident.

“We have a group of survival factor experts here that want to know that because obviously it’s a big deal that we had no fatalities and we want to know why so if something like this happens again we hopefully have the recommendations in place to prevent it from being a fatal accident,” he said.

There is not much wreckage remaining to the plane following the fire, he said, as the main fuselage was burned to the ground and collapsed onto itself.

“About the only thing that’s left is the tail section of the aircraft,” he said. “There’s a debris field after the aircraft departed through the fences and there’s debris all through there that we’ll be documenting.”

The aircraft is owned by 987 Investments LLC. 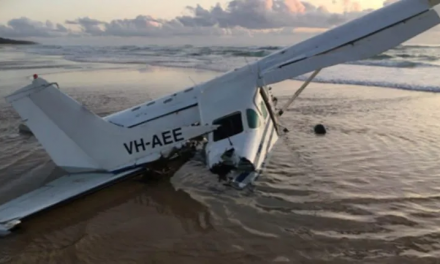 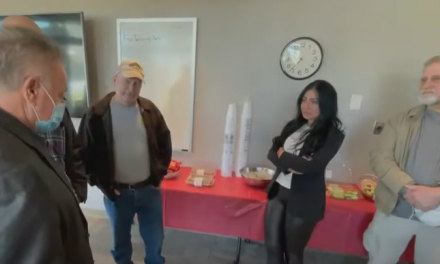