Passenger Grabbed Controls And Caused The Airplane To Stall

The FAA has released a preliminary report from an accident which occurred February 17 at Hope Mills, NC. All four people on board the Cessna 172 survived the accident with serious injuries.

According to the report, the commercial pilot, who is also a flight instructor, was sitting in the right front seat during a flight to familiarize local young people with general aviation. The passengers occupied the other three seats.

During the takeoff, the passenger in the left front seat reached for the control yoke and pulled back on the controls. The flight instructor called out for him to let go; however, the passenger did not relinquish the controls. The airplane pitched up to a near vertical position, stalled, then collided with terrain adjacent to the runway. Witnesses watching the takeoff reported that the engine continued to run normally during the accident sequence.

An inspector with the FAA responded to the accident site and examined the wreckage. The fuselage and both wings were structurally damaged. The propeller separated from the engine.

(Image from file. Not accident airplane) 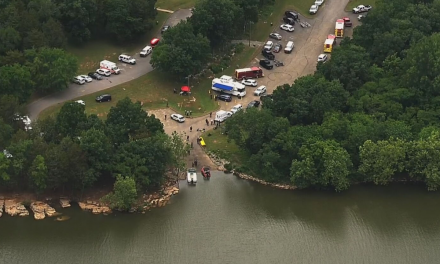