The NTSB has released a preliminary report from an accident which occurred June 12 near Henderson, Louisiana that resulted in the fatal injury of the two people on board the unregistered Quicksilver airplane. 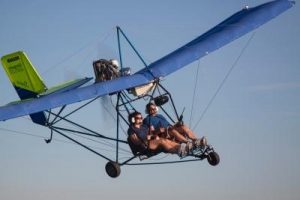 According to the report, the plane went down at about 1050 central daylight time. The aircraft was identified as a QuickSilver Sport 2S light sport airplane which impacted terrain. The airplane was owned by a private individual and had an expired FAA registration. Day VFR conditions prevailed for the personal local area flight that departed a private airstrip near Cecilia, Louisiana, at 1032.

According to data downloaded from a handheld GPS device recovered at the accident site, at 1032:33, the airplane departed a private airstrip located about 1 mile southwest of Cecilia, Louisiana. After the takeoff to the southeast, the airplane entered a climbing left turn to east-northeast and flew over downtown Cecilia, Louisiana, about 400 ft mean sea level (msl). The airplane then continued northeast until 1036:35 when it entered a left turn to west while maintaining a cruise altitude and ground speed of about 450 ft msl and 55 mph, respectively. The airplane then landed at Juneau Landing Strip, a private airstrip located 2.5 miles southeast of Arnaudville, Louisiana. After the touch-and-go landing toward the northwest, the airplane entered a climbing right turn toward east. The airplane climbed to maximum altitude of 888 ft msl while maintaining an east course and an average ground speed of about 55 mph. At 1048:31, the airplane entered a left turn toward north and began a shallow descent. The final GPS data point was recorded at 1049:34 about 0.48 miles south of the accident site. At that point the airplane was still flying north and had descended to and decelerated to 778 ft msl and 42 mph ground speed, respectively.

There were no eyewitnesses to the final flight path to the accident site.

According to FAA records, the 49-year-old pilot held a sport pilot certificate with an airplane single-engine land rating. The pilot did not pilot possess a FAA aviation medical certificate; however, regulations only required the pilot to have a valid driver’s license to operate the light sport airplane. According to local law enforcement, the pilot had a valid Louisiana driver’s license. A search of FAA records showed no previous accidents, incidents, or enforcement proceedings. A pilot logbook was not located during the investigation.

According to FAA records, the 38-year-old passenger held an expired student pilot certificate. The student pilot certificate had expired on October 31, 2012. The passenger did not pilot possess a FAA aviation medical certificate. According to local law enforcement, the passenger had a valid Louisiana driver’s license. A search of FAA records showed no previous accidents, incidents, or enforcement proceedings. A pilot logbook was not located during the investigation.

A postaccident review of available meteorological data established that day visual meteorological conditions prevailed at the accident site. The nearest aviation weather reporting station was located at Lafayette Regional Airport (LFT) about 17 miles southwest of the accident site. At 1053, about 3 minutes after the accident, the LFT automated surface observing system reported a calm wind, 10 miles surface visibility, a clear sky, temperature 25°C, dew point 17°C, and an altimeter setting of 29.98 inches of mercury.

The accident site was on a level dirt road located alongside a levee. The ground elevation at the accident site was 17 ft msl. The initial point-of-impact was with the top of a tree line located about 50 ft from the accident site. The top of the tree line about 65 ft above ground level. The damage to the airplane was consistent with it impacting the ground in a nose-down pitch attitude on a north heading. The airplane subsequently came to rest inverted on a 320° magnetic heading. The main wreckage consisted of the entire airplane. There was tree debris conjoined with the inboard right-wing leading edge, right wing strut, and the cockpit. All major structural components and flight controls were identified at the accident site. Flight control continuity to the ailerons and rudder was confirmed at the accident site. Elevator control tube continuity was confirmed through an overstress separation located at aft pivot point. The observed damage to the elevator push/pull tube assembly was consistent with impact related damage. The main fuel tank did not contain any fuel, and the auxiliary fuel tank contained about 1 gallon of fuel.

First responders reported that there was fuel leaking from the fuel tanks with the airplane inverted, and that they placed the fuel shutoff to the OFF position. The auxiliary fuel pump switch was in the OFF position. Both electronic ignition switches were in the ON position. The airplane was equipped with a ballistic recovery parachute. The parachute activation handle was in the stowed position with the safety pin installed. The ballistic rocket and parachute had deployed upon impact. The engine had separated from its engine mounts. The engine did not exhibit any crankcase or cylinder fractures, nor was there any evidence of oil leaks on the exterior engine components. The sparkplugs exhibited features consistent with normal engine operation. Both carburetors had separated from their respective induction tubes. Both carburetor bowls contained residual fuel. No contamination was observed in the carburetor bowls or their fuel screens. Both induction tubes contained sandy soil deposits, consistent with dirt ingestion upon impact. Internal engine and valve train continuity were confirmed as the engine crankshaft was rotated. Compression and suction were noted on both cylinders in conjunction with crankshaft rotation. The rotary induction valve was undamaged. The ignition system provided spark at all four spark plugs when the electric starter motor was used to rotate the crankshaft. The cylinder wall, piston dome, and piston skirt exhibited features consistent with normal engine operation. The propeller reduction gear box was disassembled, and no anomalies were observed with the gearing or clutch assembly. The propeller hub remained attached to the reduction gearbox. The carbon-composite propeller exhibited blade damage consistent with rotation at impact. The postaccident examination revealed no evidence of a mechanical malfunction or failure that would have precluded normal operation of the airplane. 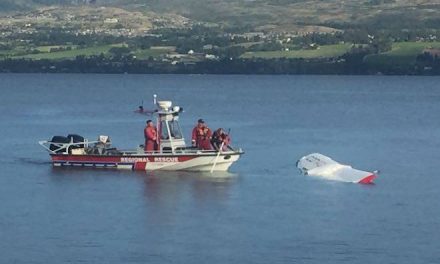 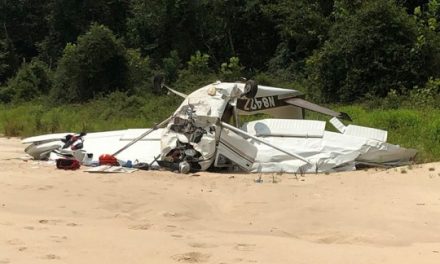 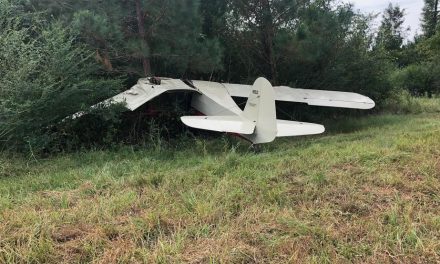 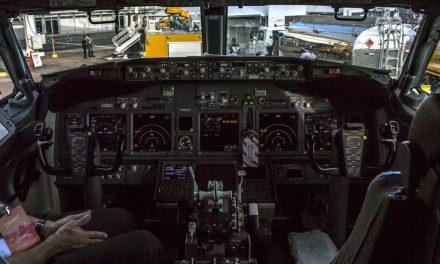