The NTSB has completed a report regarding a Diamond DA-40 wheel fire that occurred last year. The long and short of things is that the instructor, performing an aircraft checkout for one of the school’s frequent piper renters, used an excessive amount of braking in the landing roll that led to a small fire. Everyone has been there before, when the meter’s running and the temptation to hurry up and turn around in order to minimize time wasted taxiing an aircraft around.

NTSB Analysis:
“After landing, the flight instructor assumed control of the airplane during the roll, taxied to the hold-short line at the approach end of the runway, and waited for landing traffic. Soon after, the pilot of the landing airplane announced over the tower radio frequency that the airplane holding short was “on fire.” The instructor confirmed that smoke was rising from beneath the right wing and both he and the pilot receiving instruction egressed the airplane without injury.

Data downloaded from the airplane’s multifunction display revealed high groundspeeds during taxi after landing, and rapid decelerations consistent with hard braking actions before the airplane reached the hold short line. Postaccident examination revealed normal wear of the brake pads and no pre-accident mechanical anomalies. Examination of the fuel cell directly above the right main landing gear wheel and brake assembly revealed that it was intact with no leaks and contained about 15 gallons of fuel. Based on the available evidence, it is likely that the instructor’s high taxi speeds, which required multiple brake applications, resulted in the right brake assembly overheating and catching fire.” 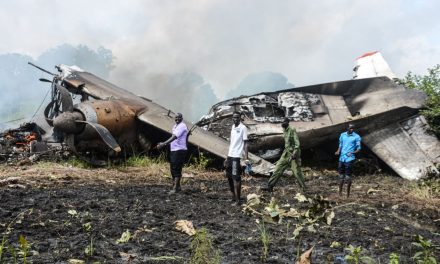 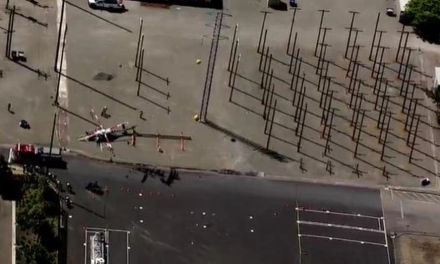