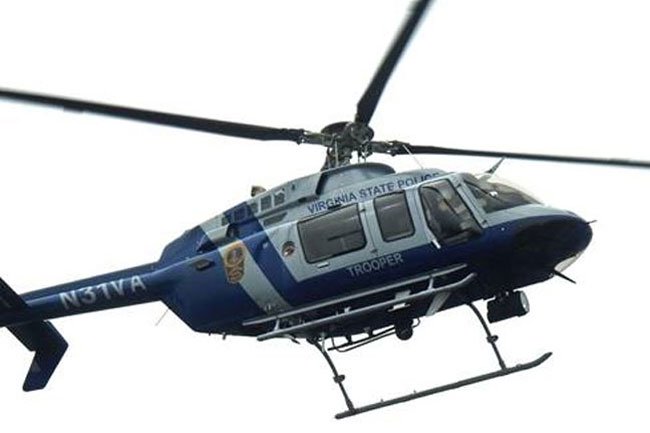 The U.S. National Transportation Safety Board (NTSB) has released its factual report on the 2017 crash of a Virginia State Police Bell 407, suggesting that the helicopter may have entered vortex ring state before impacting terrain in Charlottesville.

Both Virginia State troopers on board were killed in the Aug. 12 crash, including the pilot, Lt. H. Jay Cullen, who was commander of the Virginia State Police aviation unit; and an observer, Trooper-Pilot Berke M.M. Bates. The purpose of their flight had been to provide video surveillance of the “Unite the Right” rally and counter-protests happening in Charlottesville, which turned violent that afternoon when a car drove into a crowd of counter-protesters, killing 32-year-old Heather Heyer.

After overflying the demonstrations for approximately 40 minutes, Cullen and Bates were tasked with providing overwatch for Virginia Governor Terry McAuliffe’s motorcade. At 4:48 p.m. local time, their helicopter was hovering in the vicinity of the motorcade when witnesses saw it enter a rolling oscillation, begin to spin to the right and descend rapidly to the ground.

The factual report does not identify a probable cause for the accident; that will be issued “in coming months,” according to the NTSB. However, the report strongly suggests that the helicopter may have entered the dangerous aerodynamic condition called vortex ring state, in which a helicopter descends into its own downwash, creating large vortices at the tips of the main rotor blades that limit their ability to produce lift.

Accident investigators recreated the final moments of the flight using recovered data from the helicopter’s engine control unit (ECU), airport surveillance radar, and automatic dependent surveillance-broadcast (ADS-B) returns. They found that the helicopter slowed to a forward airspeed of about 10 knots before the accident sequence began, while also beginning a slight descent. Winds aloft were estimated to be just a few knots.

The combination of low forward airspeed and increasing descending vertical speed put the aircraft in a situation where vortex ring state was likely, according to information supplied by Bell. Around this time, the ECU recorded an increase in torque from 54 to 104 percent, corresponding with an increase in collective position.

“Even as the collective continued to increase to a peak of 68 percent . . . the helicopter’s altitude decreased, indicating that the helicopter did not respond to the increase in collective,” the report states. This is characteristic of a fully developed vortex ring state, in which using collective to increase the pitch of the main rotor blades only aggravates the situation by increasing the size of the tip vortices.

Using security camera footage, investigators estimated that the aircraft descended at a constant acceleration of 0.37 g towards the ground, indicating “that the descending helicopter was generating lift but not enough lift to maintain altitude,” according to supporting information in the accident docket.

Recovery from vortex ring state requires exiting the area of vortices, either through the traditional recovery technique of increasing forward airspeed and partially lowering collective, or through the so-called Vuichard recovery technique, which combines lateral cyclic thrust with an increase in power and lateral anti-torque thrust. Cullen’s colleagues at the Virginia State Police aviation unit told investigators that he had exhibited knowledge of both techniques, but investigators could find no record that he had ever received vortex ring state recognition and recovery training in the Bell 407.

Like other Bell 407s, the accident helicopter was equipped with an airspeed-actuated pedal restrictor control system (PRCS), which reduces total left pedal travel at higher airspeeds by automatically adjusting the left pedal’s forward stop. Above 55 knots indicated airspeed, the PRCS solenoid energizes, engaging a cam that limits forward travel of the left pedal by 25 percent.

This cam was found in the engaged position in the accident wreckage, although components of the PRCS later functioned normally when bench tested. Calculations made by Bell at the NTSB’s request indicated that even if the PRCS had remained engaged in the hover, the available left pedal travel should have been sufficient to maintain heading at the accident aircraft’s weight and altitude. 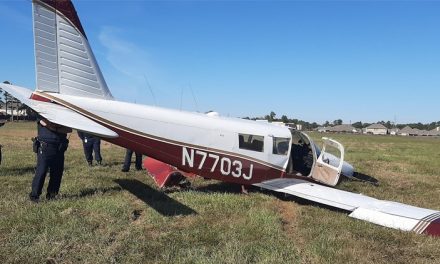 No injuries reported after small plane crashes near Hooks Airport 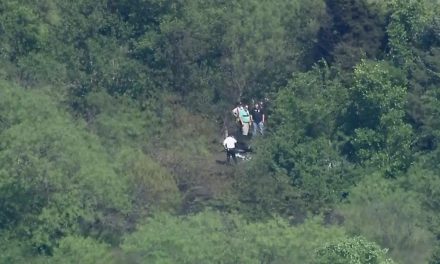 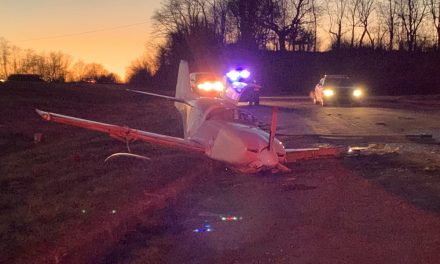