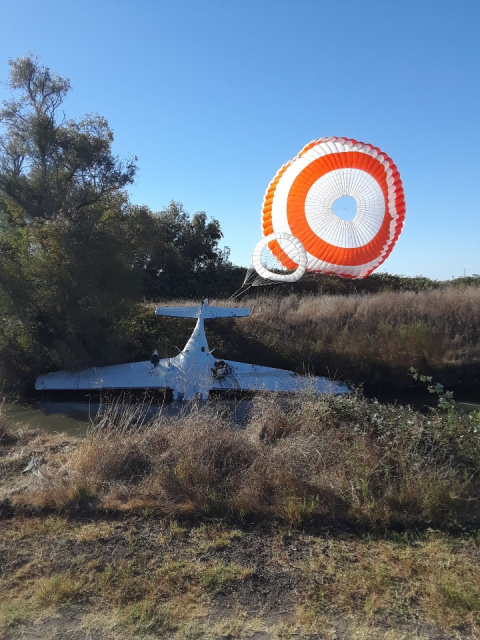 The plane landed in a rice field near the 3900 block of Schlag Road, about 10 miles southwest of Yuba City, just after 5 p.m. Tuesday.

According to the FAA, a single-engine Cirrus SR-22 pilot reported that he had run out of fuel while flying to Colusa County Airport from Hollywood Burbank Airport.

The pilot then deployed the plane’s parachute and the craft came to a rest in a field about eight miles southwest of Sutter County Airport.

From pictures taken after the plane touched down, it appears the aircraft landed upside-down.

All three people on board were not hurt in the emergency landing, the FAA says. The plane suffered minor damage.

Mike Shannon says he’s never seen a plane with a parachute attached. “This is a first for us,” he said.

He’s certainly never had one land in his rice field in Sutter County.

“It almost hit the wires, got past the wires and all I know it was sitting in the rice field when we found it,” he said.

Shannon rushed over to help the three people on board Tuesday night.

“They just said we had a fuel leak and ran out of fuel, and didn’t make it to the airstrip,” Shannon said.

While the plane was moved from its original landing spot by Wednesday morning, winds in the area were strong enough to move the plane to another part of the field later in the day.

The FAA will be investigating the incident.

An FAA investigator who spoke with CBS13 on the scene says it was the parachute that likely saved their lives.

Gerry Sevenau works on the property and saw the landing happen.

“I thought at first they clipped the wires there, but when I looked at the plane this morning, it was on its belly. So I believe the parachute saved them,” he said.

The parachute is attached to the airframe in the center of the plane. The pilot has access to a lever or a cord that can deploy the parachute in case of an emergency.

In this case, the plane, a Cirrus SR-22T, was one of the first models to use this life-saving technique. One that aviation experts say you’ll now see more often.

Augustine Joseph, CEO of JetExe Aviation said, “A lot of the newer airplanes are coming out with parachutes.”

“I didn’t know they made airplanes with parachutes, Thank God, they did,” Shannon said.

The FAA said they will need to use a crane to remove the plane from the property. 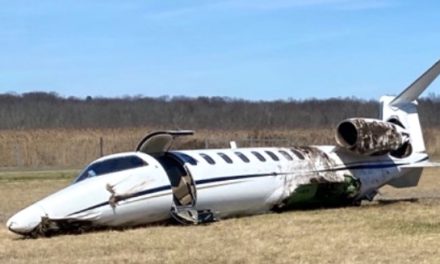 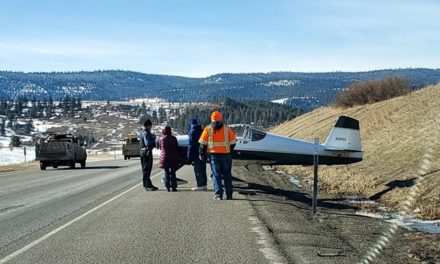