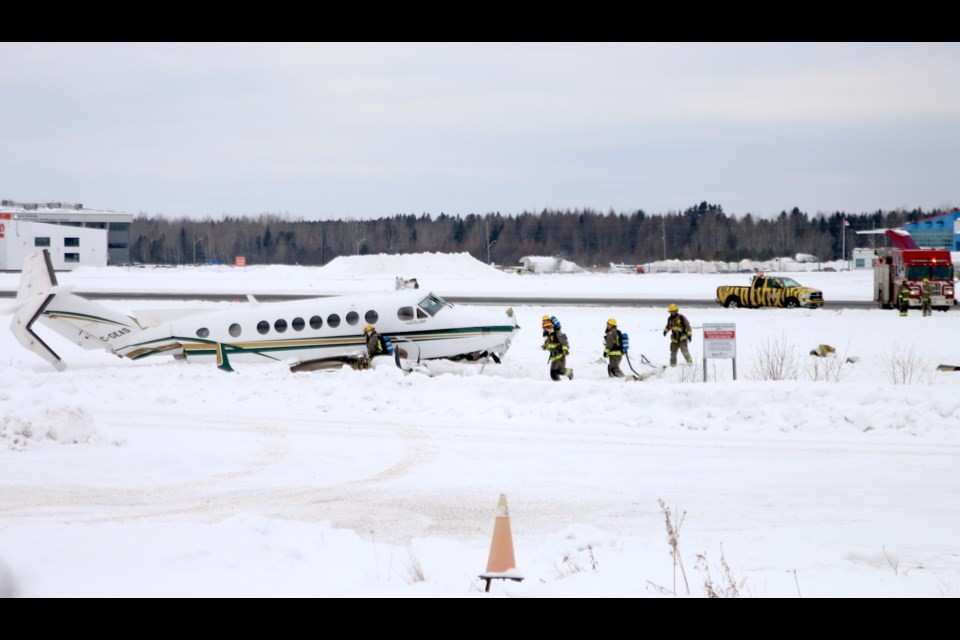 Thunder Bay Fire Rescue remain on scene following an incident at the airport.

THUNDER BAY – First responders remain on the scene at the Thunder Bay International Airport where a passenger aircraft slid off the runway shortly after touching down.

A witness in the area said he saw the plane approaching from the east. It didn’t sound right and touched down hard on the runway and bounced before spinning around and coming to rest in the snow and facing the opposite direction.

According to a statement issued by the Thunder Bay Airport, the aircraft has been identified as a Beechcraft 300 turboprop and had three people on board at the time of the incident. None of the individuals on board sustained any injuries.

Thunder Bay Fire Rescue secured the scene as there were fears the aircraft was leaking fuel.

The aircraft sustained extensive damage including a broken tail and wings.

The scene is being held as the investigation into the cause of the crash continues.

A spokesperson with the Thunder Bay Airport is advising that the incident may impact airport operations and travellers should check the their flight status.