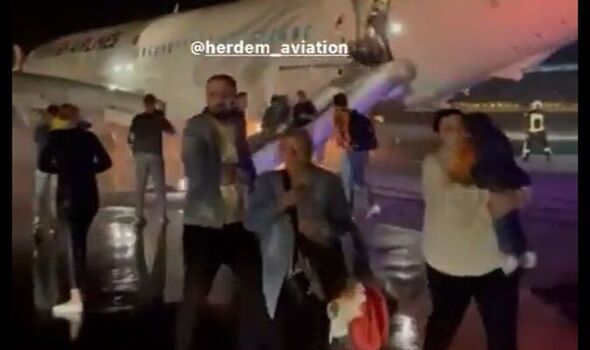 A Turkish Airlines plane was forced to make a hard landing after a tyre exploded on Thursday morning, it according to reports.

The Boeing 737-800 plane landed at its destination on time and passengers exited the plane by slide.

Video circulating on social media showed passengers exiting in wet conditions via slides during the early hours of the morning.

They were then seen scuttling through the airfield while clinging to their luggage.

A video shared on Twitter shows passengers frantically making their way off the aircraft.

It comes after a separate incident earlier this year happened when a flight from Israel to Turkey was aborted.

In May, the captain of a Turkish AnadoluJet flight aborted its take-off at Israel’s main airport after passengers received plane crash images on their phones.

Several young Israelis were identified as suspects and were taken to be questioned.

The plane departed five hours late after being cleared to leave.

But passengers were told they could reboard the reinspected plane, which was headed to Istanbul, or stay in Israel. 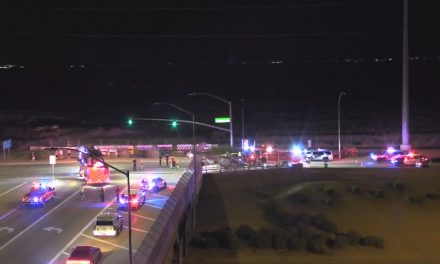 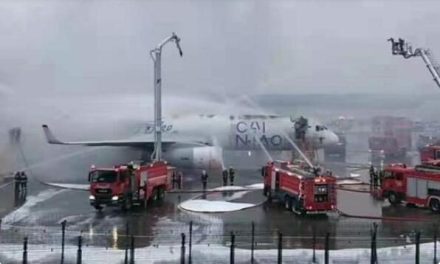